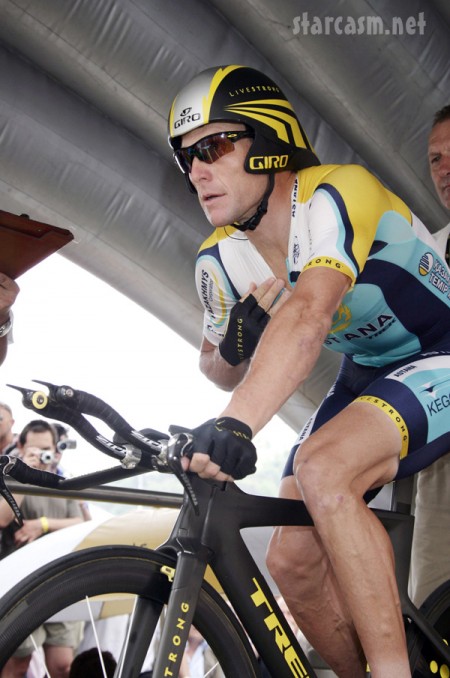 Pierrick Fedrigo (France) came out ahead Sunday, July 12 in the ninth stage of Tour de France 2009, while Rinaldo Nocentini (Italy) kept his yellow shirt and remained in first place overall despite coming in at 24 this stage.

The ninth stage, more than 160km spanning from Saint Gaudens to Tarbes,  saw Franco Pellizotti (Italy) in second place, and Oscar Freire (Spain) rounding out in the third position.

The cyclists get a day of rest today, Monday, July 13 before heading into the 194.5 km 10th stage from Limoges to Issoudun on Tuesday, July 14.

Lance Armstrong, who has won seven Tour de France titles, came in at the 43rd position, and is currently in third place over all. Armstrong is stirring up some controversy after speaking on French national television Sunday about riding with a new team for the 2010 Tour de France. The new team’s name would be Livestrong-Nike, or some other combination of the two brands.

Armstrong’s current team, Astana, has recently had financial difficulties which may be a major cause of the riff. Although Astana may still be on shaky financial ground, they are achieving record-breaking success in this year’s Tour. Astana has riders in places second, third, fourth and sixth overall and stands a chance of  being the first team in history to have riders place in all three top positions.

Armstrong’s Astana teammate Alberto Contador (Spain) is currently only two seconds ahead of him at second place overall, so Armstrong hasn’t yet resigned himself to third place. With 12 stages left, Armstrong still has a chance of winning his eighth Tour de France.