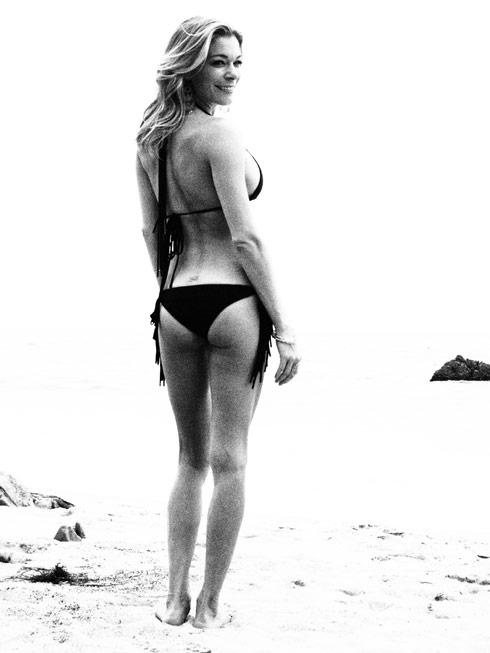 It seems LeAnn Rimes has retired from music to pursue her new career as a Twitter bikini model, “too skinny” denier, and Brandi Glanville stalker. It doesn’t seem like a career choice with a lot of financial potential, but I suppose money isn’t all that big a concern for LeAnn in the first place.

Unlike her music career, which hit the ground running with “Blue” back in 1996, LeAnn is experiencing a bit of a learning curve in her attempts to mix skinny denials with Twitter bikini photos. You might recall her last installment from her Mexican honeymoon with hubby Eddie Cibrian, which did very little to make her case that she doesn’t need to gain any weight, and left her on the Twitter defensive with tweets like: “Those are called abs, not bones, love” and “[T]hx but this is my body and I can promise you I’m a healthy girl. I’m just lean. Thx for your concern but no need [to] be.”

LeAnn Rimes, not being one to back down from a fight or a new career choice, looks to have regrouped and returned to the virtual battlefield with an arsenal of photographic strategery to back her up! My guess is that she talked to a professional photographer who gave her a list of tips and tricks on appearing less skinny and she used them all in this latest duo of twitpics.

Not only has she converted to grainy black and white but she’s also used a couple different methods to mask her waist. In the photo above she uses her arm to mask it, leaving us with just LeAnn’s pretty face, her questionably ample bosom and plenty enough junk in the trunk to fend off any backstabbing “too bony” comments. This image was tweeted with the message, “CURVES….They are there LOL”

And in this next photo LeAnn does the ol’ SI Swimsuit Edition pose laying on her side to get some hip amplification and then ratchets up the contrast to where you can’t even really see where her body ends and the sand begins. Clever stuff! 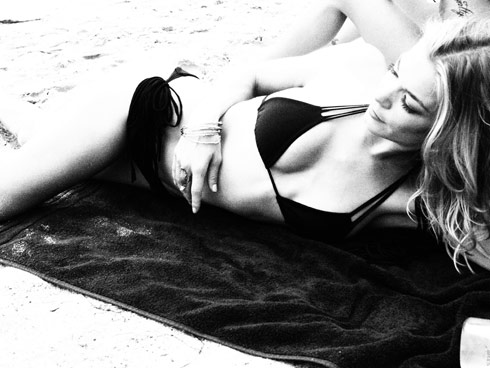 And if the visual trickery wasn’t enough LeAnn made sure to continue her subliminal verbal campaign as well by making numerous tweets later that day with references to food she was either thinking about or planning to eat. Here they are in order:

I have to hand it to LeAnn because it would be difficult for anyone to use these pictures as evidence that she’s too thin! Perhaps this success will allow her to concentrate on the other aspect of her new found career: stalking Eddie Cibrian’s ex Brandi Glanville! And that’s a good thing because Brandi is currently filming as part of the cast for the next season of Bravo’s The Real Housewives of Beverly Hills and she will most certainly have some very interesting things to say about LeAnn!

****Just so you can get a better appreciation of the graininess of the photo, here’s a zoomed-in version. (CLICK HERE) to see the original full-sized image.