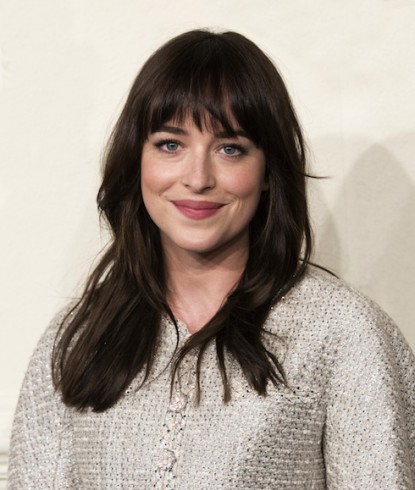 The much-anticipated Fifty Shades of Grey film got trashed by critics, but rode a wave of moviegoer curiosity all the way to the bank of laughs. The film has made $566 million worldwide against a budget of $40 million, which is a success even by notoriously strange and shady Hollywood bookkeeping standards. (The film was also a success by drinking game standards, which might be part of the reason for its box office gross.)

And, in this day of long-term movie deals and multiple spin-off possibilities, you think the whole cast and crew of the first movie would be locked up for the sequels, right? But the production of the first film, which was troubled from the start, has carried over into any potential second-movie territory.

First came reports that star Jamie Dornan had no interest in coming back to play Christian Grey. Those reports have since been refuted, but the fact that seemingly everyone was questioning he and co-star Dakota Johnson’s chemistry gave fuel to that rumor’s fire. Then came the news that director Sam-Taylor Johnson–with whom the movie’s stars and E. L. James, the book’s author, were said to have clashed–would most definitely not helm any movie sequel. And, lest anyone misunderstand her, Johnson made a simple, direct statement confirming her exit:

While I will not be returning to direct the sequels, I wish nothing but success to whosoever takes on the exciting challenges of films two and three. Directing Fifty Shades of Grey has been an intense and incredible journey for which I am hugely grateful. I have Universal to thank for that. I forged close and lasting relationships with the cast, producers and crew and most especially, with Dakota and Jamie.

Now, producer Dana Brunetti has raised eyebrows with his admission that he has no idea when or if a sequel will happen, and that the studio hasn’t made any decisions at all on it–which means the chances that we’ll see Fifty Shades Darker on Valentine’s Day 2016 are very poor indeed:

We literally have no idea what we’re going to do. I have not even met with the studio or anybody yet about the second film. We always said, “Let’s get this first one out and released and then we’ll regroup and figure out what we’re going to do on the next.” That hasn’t happened yet. So, [James] hasn’t been back to the States [from her home in London] yet. I haven’t been into the studio yet….People are always going to disagree, but ultimately if you don’t agree, then the movie doesn’t get completed and released or it ends up being absolutely horrible because somebody says, “It’s my way or the highway.” And that never works.

In addition, James–who insiders say was the source of much of the drama that overshadowed the first film’s production–wants an even bigger role in crafting the script for Fifty Shades Darker. And Dornan and Johnson both want big raises. So, while there will almost certainly be a Fifty Shades sequel–it’s made way too much money for the studio to pass–it looks like the second movie will remain trapped in a bondage closet for at least the time being.

“Fifty Shades of Grey” is getting terrible reviews. Here’s a drinking game to help make it enjoyable!