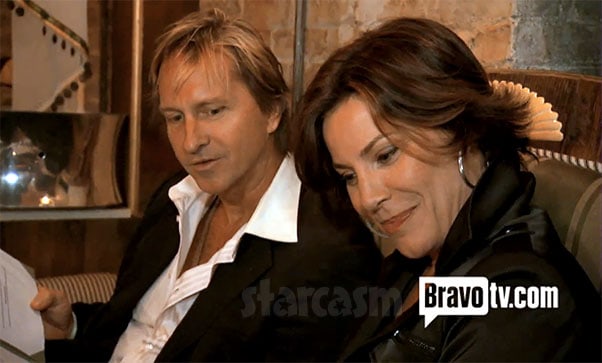 In episodes 10 and 11 of The Real Housewives of New York City the Countess LuAnn finally seems to be moving on after her recent divorce from Count Alexandre de Lesseps! She’s been dating an author known only as “Cort” on the show.

That got my curiosity piqued, as I’m sure it did yours as well, so I cranked up the ol interwebs sleuth-a-matic and dug up not only Cort’s actual first and last name, but a list of his books as well! Are you ready? His full name is…

He kinda looks like a Coerte V. W. Felske, doesn’t he? Anyway, the book he handed LuAnn is The Shallow Man: 15th Anniversary Edition which (duh) is a reprint of a book originally published in 1995 featuring “100 PAGES of PREVIOUSLY UNRELEASED CHAPTERS.” Huh? Who does that with a book? Anyway, here’s the summary from Amazon:

“The novel is crass, entertaining, slangy, and reeking of sun bronze and the fresh turnover of fleshy delights makes the narrator’s decision to become an aging roué instead of a responsible adult seem like an honest, admirable choice.” — James Wolcott, Vanity Fair

“Model Citizen: the story of a man who never met a beautiful woman he didn’t like.” — David Kelley, The New York Times Book Review

“Fear not the Shallow Man, For all that is lost is one night.” Such is the credo of Nick Laws, the suave party promoter who lives on the other side of the velvet ropes. Nick’s world is an exclusive arena of fast-food romances, sex, and mind-boggling glamour. It’s Nick Laws’s obsession, and he is not in denial about it. “The Shallow Man” is his confession. Welcome to Generation Face…

Coerte founded The Dolce Vita Press so he could “exercise creative control over [his] work as well as have significant involvement with readership.” Here’s a brief intro to Coerte from TheDolceVitaPress.com:

Coerte V.W. Felske was born in New York City and grew up in Manhattan and Quogue, Long Island. He attended Bronxville High School and then received his Bachelor of Arts degree from Dartmouth College. He did his graduate work in film directing and screenwriting at Columbia University. Felske is unmarried and spends his time between New York City and the south shore of eastern Long Island caring for his daughter, Bodicea.Coerte V.W. Felske 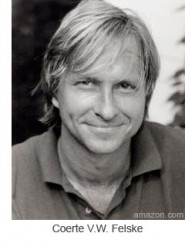 The Shallow Man, originally published in 1995, was Felske’s first novel. His second novel, Word, came out in 1998 followed by The Millennium Girl in 2000. All three books garnered terrific reviews in major publications worldwide and were all bought for the big screen. The Word book cover was considered one of the best of the year by Photo Magazine and was shot by German fashion photographer Ellen Von Unwerth with model icon Brazilian Victoria’s Secret beauty Adriana Lima. Felske just released the 15th Anniversary Edition of The Shallow Man on September 10, 2009, the cover shot and calligraphy done by world-renowned photographer and artist Peter Beard with cover girl and super model Alessandra Ambrosio.

Here are some links to Coerte’s books on amazon:

Here’s a video clip of LuAnn and Coerte’s date from episode 11:

[UPDATE – Bravo’s embed is messed up and now plays the incorrect video. You can click here to watch the dating clip on BravoTV.com.]

And one final shot of Coerte: 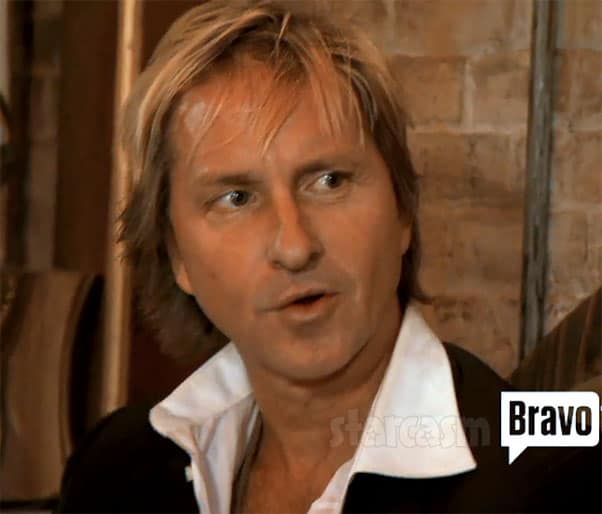