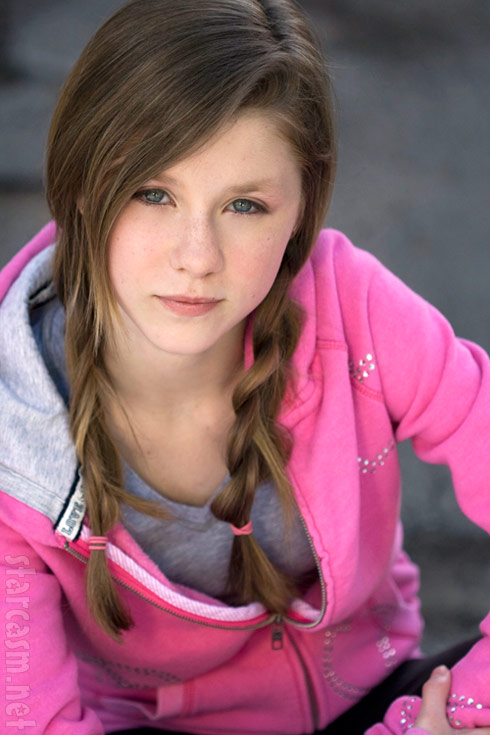 Who is Alana Lee Hamilton? With the breaking YouTube hit “Butterflies”, she seems to have come from out of nowhere. But Starcasm knows better! We have the real story on this young talent who has the potential to be a new star in the making!

There’s been all this talk about Rebecca Black and “Friday”, but the artist and song from Ark Music Factory that has most impressed us is Alana Lee and “Butterflies.” (Check out our review of the “Butterflies” video HERE). Rebecca’s appeared on TV and been quoted in newspaper and magazine features, but we know relatively little about Alana. Rectifying that situation is what Starcasm is here for!

To recap what we already know:

In the wake of all the attention shown to Rebecca Black and her song, there were a sizable handful of other AMF videos to take a look at. Of them all, one seemed to be getting a lot more attention than the others; though “Butterflies” was barely a blip compared to “Friday”, it still had a solid lead compared to the rest of the pack. When I started writing my article on AMF, Alana’s YouTube views were just under 200,000, and Rebecca’s were almost to 3 million! In the five days since, Alana has earned well over a million new views. (As of today’s publishing date, it stands at 1.6 million!)

Upon listening to the track, you’ll be able to tell that those views were not to laugh or make fun of her, but because she’s got a really good song to share with us! So that’s what we know about Alana, but here’s some things you might not know about her:

Her full name is Alana Lee Hamilton, and her stage name in film and TV is Alana Hamilton. The 5’2″, 14-year-old young lady hasn’t just appeared on the scene from out of nowhere. She’s both a singer and an actress, and her resume is full of leading and supporting roles on film, TV, stage and music videos. 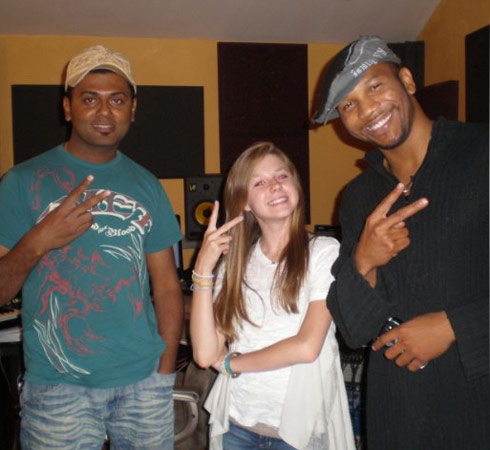 At El Rancho Charter School’s Musical Theater, Alana appeared in classic musicals like Oklahoma and Guys and Dolls, as well as various skits and musical revues. She also trained with Sterling Studios Young Actors Training, took voice instruction from Music Maker Studios, took dancing lessons in hip hop, salsa and ballroom at OC Dance Studios, and sings in the Children’s Concert Choir at her church. She sounds like she knows what it takes to become a very well-rounded talent!

Her ambitions didn’t stop in her community. She was also very active appearing in a series of short films produced and directed by members of Chapman University’s Dodge College of Film and Media Arts in Orange, California. She appeared in three altogether:

First, the role of Anna in the short film “Allegiance”, a drama that takes place in an alternate reality world where Adolf Hitler’s forces won World War II, and the schools of LA are filled with Nazi propaganda. As an innocent student, Anna must help her teacher and classmates rebel for freedom. Sounds intense! In this pic from the set, she goofs around with fellow castmembers. Alana being held at gunpoint – yet another reason to hate the Nazis! 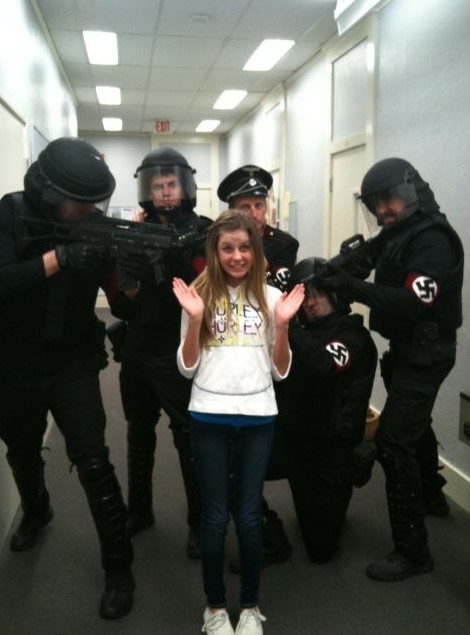 Here’s a picture from the set of “Barely Bar Mitvah’d” where she stands with director Oren Peleg: 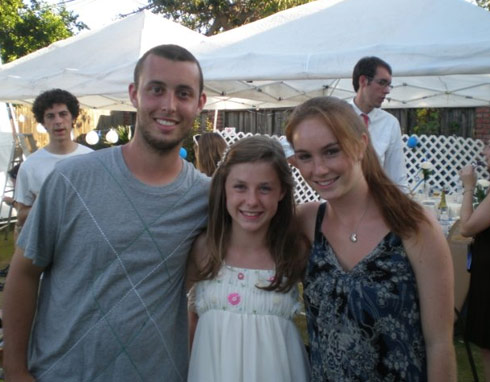 But one of the coolest projects Alana was involved in during the pre-“Butterflies” phase of her career has to be “The Incybers.” You know how they have those “Before They Were Stars” shows on TV and profiles on Starcasm that unearth videos of young stars, like a really young Justin Timberlake hamming it up as Garth Brooks? Well, when they’re doing those kinds of retrospectives on Alana Lee one day, they’ll be busting out “The Incybers!” And you can say you were someone who saw it way back when!

In this goofy and cute sci-fi project, Alana plays the role of Iris Piltone, and one of Alana’s best friends, Laci Kay, stars as Pixie. Most of the filming of “The Incybers” was done during the summer of ’09, so Alana would only have been 10 or 11 at the time. Here’s a picture of Alana with her Incybers co-stars Laci Kay and Sophia Linkletter: 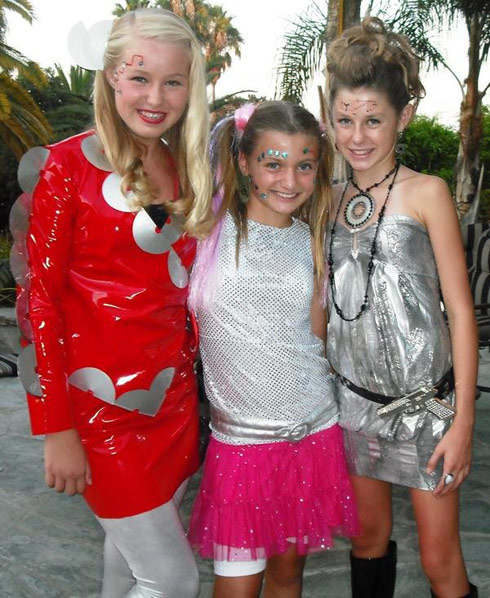 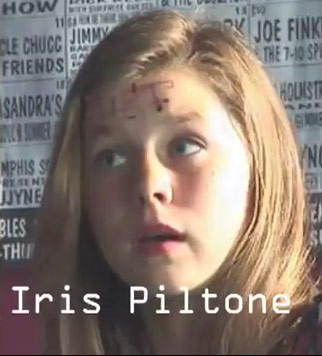 Here’s some fun pics from the film! First, Iris Piltone leads her comrades to the discovery of the downed pilot Windy Bug, then sits concerned, watching over him: 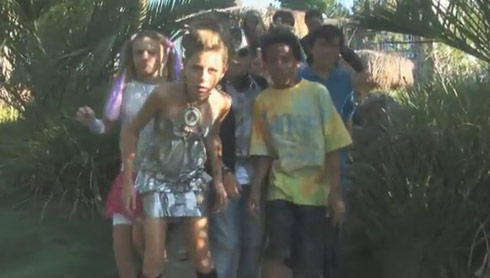 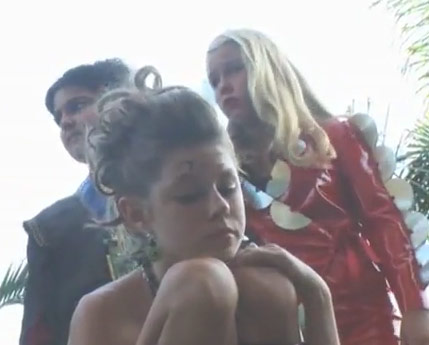 Alana gets possibly the best line in the movie, “You’re messing with the wrong girl!”, before pushing Pixie into the water! 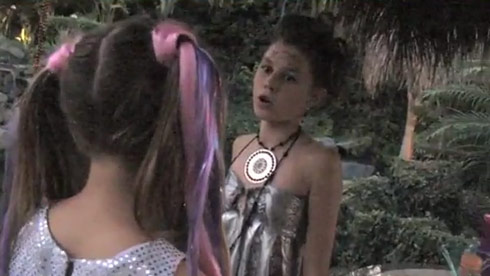 The trailer of the film by writer/director Bruno Genovese reveals a very oddball (but also very engaging) movie starring a bunch of kids in a futuristic setting. It’s definitely a low-budget production, but still seems like a lot of fun. Word is this was originally made to pitch a TV series, but may eventually see light as a TV movie or DVD release. Here’s hoping! It looks like a very creative enterprise that a lot of hard work went into by cast and crew. (Thumbs up to the costume department, btw!)

The most professional of Alana’s film endeavors is “The Measure of a Man”, starring Jarin Stevens and Jules Hartley. Alana plays the role of Mary, the daughter of Donald P. Bailey, a “charming and eccentric father of nine” who led a very unique life. It’s a true story, and according to Alana’s Twitter feed, it is going to premiere March 25th in Bakersfield, CA. Keep an eye out on your TV and movie listings! Here is Alana with her film family in a still from the movie: 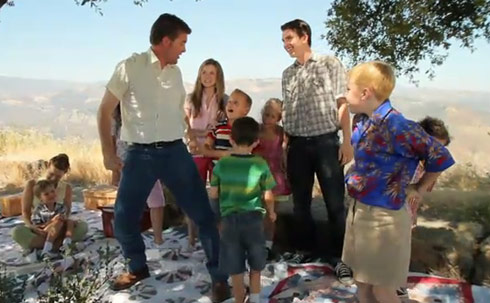 And here’s a pic from the movie set with Alana and a cute little sheep that also “starred” in the movie, playing the family pet: 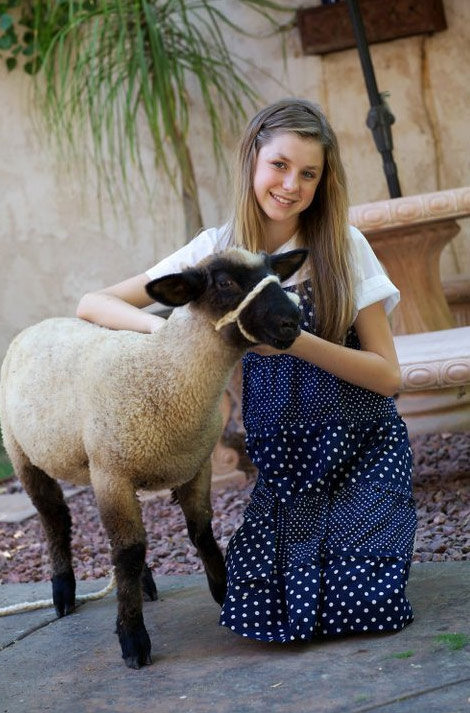 Here is the movie trailer for “The Measure of a Man”, where you can see Alana in action:

Alana Lee is also featured in a music video by The Workday Release for their song titled “A Distant Shore”. The video has apparently not yet been released, but when and if it is, we’ll update this post with it. (The song is pretty great and deserves a listen all on its own!) Here’s a dramatic image from the video featuring Alana that definitely leaves you wanting to see the finished product: 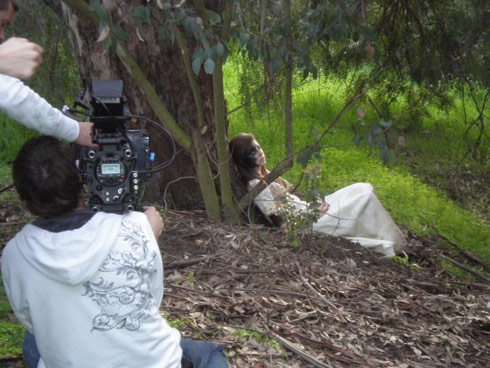 She’s also just started her own Twitter feed in the last 24 hours, so if you’re a fan, you might want to start following!

For any aspiring singers or actresses, take a look at Alana Lee’s resume. These are the kinds of things you might want to consider doing so you’ll be better prepared for the road to stardom.

In the meantime, what’s next for Alana Lee? A movie role or perhaps even better, a new single to follow up “Butterflies”? Would you rather see Alana focus on acting or singing…or both?

While you ponder that thought, here’s a fun pic of Alana vamping it up in black vinyl boots and funky sunglasses on the set of “The Incybers.” 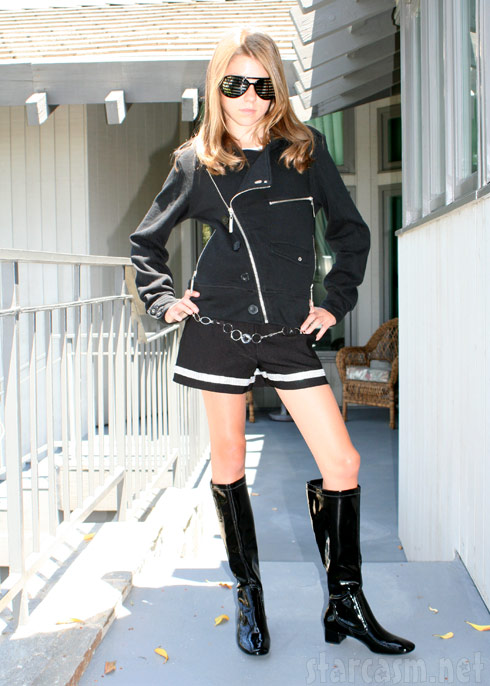 UPDATE!The identities behind Alana’s love interest in “Butterflies”, as well as the “mean girl” she was competing with for his attention, are now revealed! Check out this Starcasm article that gives the details, plus pictures you haven’t seen before!

VIDEO Is Alana Lee’s “Butterflies” the next breakout hit for Ark Music Factory?