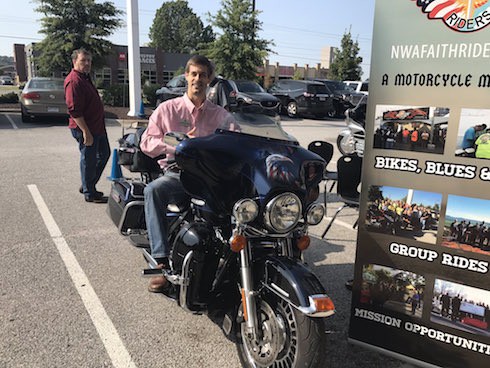 Jill Duggar’s husband Derick Dillard has seen his reputation take a beating over the last few months. This past August, Derrick faced severe backlash for his social media posts criticizing transgender teen Jazz Jennings. Then, in a weeklong controversy stretching from August into September, Derick attempted to use his newfound following to raise money for his enrollment in a “one-year ministry residency” at a Duggar-supported institution; the 28-year-old was roundly criticized for launching the effort the day after Hurricane Harvey made landfall in Houston. Ultimately, both of Derick’s attempts were canceled by the fundraising website for Terms of Service violations.

Now, Derick is under fire for he and Jill’s recent trip to Washington DC with the Cross Church School of Ministry. As a recent Inquisitr article points out, a significant portion of the comments Derick’s followers left for him as he chronicled the trip seemed to suggest that it’s believed the Counting On star simply pocketed the donations he managed to garner before his two most recent fundraising efforts were shut down.

Enjoyed our time on Capitol Hill today with @rep_stevewomack and the Cross Church School of Ministry!

Visited the US Supreme Court today! We almost made it inside to observe oral argument for a case, but we didn’t get there quite early enough. #maybenexttime

Comments got especially heated following Derick’s final post from the DC trip, which coincided with the 2017 Values Voter Summit. We’ve screencapped the photo of Derick wearing a pair of socks emblazoned with a cartoon image of the current president in case mounting outrage leads Derick to delete the update. The original caption is directly below: 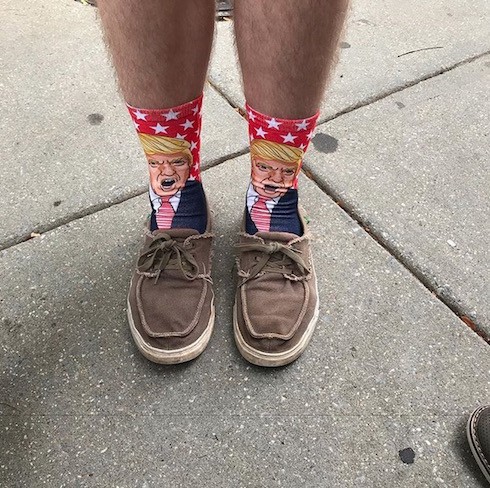 Some pretty incredible merchandise at the White House gift shop everybody should checkout! #socks #onestopshop #whitehouse

As far as where Derick Dillard gets his money, there’s no evidence that he was able to keep any of the donations from his various fundraising attempts before Pure Charity canceled them. In fact, there’s reason to believe that all the money was returned to its original donors. Here’s the relevant section on canceled fundraisers from Pure Charity (under “User Agreement,” subhead “Donors”), which you can read in context here:

Despite that likelihood, the broader perception seems to be that Derick may have damaged his trustworthiness, at least among some viewers. (Derick’s supposed support of the president is drawing plenty of ire, too. In fairness to him, we should point out that socks do not necessarily constitute an endorsement–though it’s also hard to think of another reason why anyone would wear those particular socks.)

Derick and Jill also still have a fundraising link up on their family website, which fans can use to support Dillard Family Ministries. The default donation is set to $15 per month.

Blac Chyna is making $200 million per year on OnlyFans