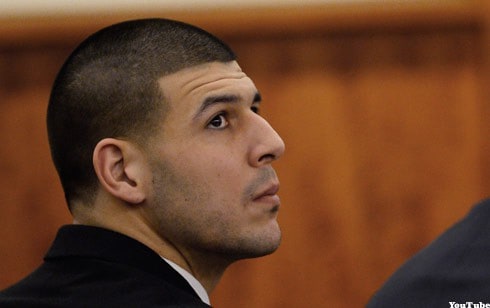 A new report indicates that the attorney for Aaron Hernandez is launching an investigation into how the former NFL star and convicted murderer died.

The Massachusetts Department of Corrections said that the 27-year-old was found early Wednesday morning in his jail cell and that he had hung himself with a bedsheet attached to a window. Officials added that Hernandez had “attempted to block his door from the inside by jamming the door with various items.”

TMZ is now reporting that attorney Jose Baez is looking into what happened and that the Hernandez family does not believe Aaron took his own life. TMZ further reports that Baez, who gained notoriety for his work in successfully defending Casey Anthony, believes that the former New England Patriots tight end could have been murdered by inmates or the “folks who run the prison.”

Hernandez was serving a life sentence for the 2013 killing of Odin Lloyd. He was back in the news on Friday after being found not guilty of two counts of murder in the July 2012 deaths of Safiro Furtado and Daniel de Abreu, who were killed in a drive-by shooting outside a Boston nightclub.

Baez represented Hernandez in the double murder trial, and had indicated he was optimistic that he might be able to get the original murder conviction overturned.

VIDEO – Inside Massachusetts’ Gloucester High: The true story from Lifetime’s “The Pregnancy Pact”