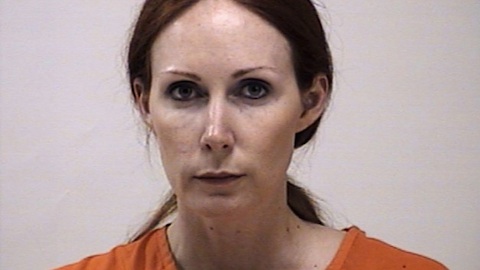 Shannon Guess Richardson, a Texan actress who has had minor roles on The Walking Dead and The Vampire Diaries, has been sentenced to eighteen years in Federal prison for sending letters laced with ricin to President Obama and New York City mayor Michael Bloomberg.

Richardson sent the letters last May, was arrested in June, and in December pleaded guilty to producing and possessing a biological toxin.

Eighteeen years is the maximum sentence allowed under the plea deal to which she agreed.

As part of the statement she read before the sentence was handed down, Richardson said she “never intended for anybody to be hurt.” It was her intention that security capture the letters before they reached their intended targets.

In addition to the prison time, Richardson must also pay restitution, though it isn’t clear to whom.

Originally, Richardson claimed that her estranged husband, Nathan, had mailed the letters.

But the letters’ point of origin was New Boston, TX, where Richardson lives. And investigators later noticed inconsistencies in the various statements Richardson had given them. 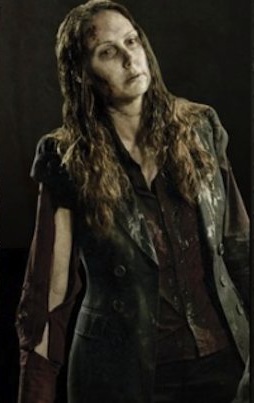 Richardson portrayed a Walker on “The Walking Dead.”

As part of the plea deal, Richardson acknowledged that she bought castor beans through a web site and intended to grind them down into ricin powder. She also set up an e-mail address, PayPal account, and P.O. box, all in her husband’s name, without his knowledge.

Her intention was to intimidate the two leaders, with whom she disagreed on gun rights. The text of the letter to the President read, at least in part (all grammatical and spelling errors sic):

What’s in this letter is nothing compared to what ive got in store for you mr president. You will have to kill me and my family before you get my guns. Anyone wants to come to my house will get shot in the face.

In addition to President Obama and Mayor Bloomberg, Richardson sent a third letter to Mark Glaze, who, at the time, was the executive director of Mayors Against Illegal Guns. MAIG is a gun-control group founded by Bloomberg.

Richardson is the mother of six children–one of whom was born prematurely, while she was in Federal custody.