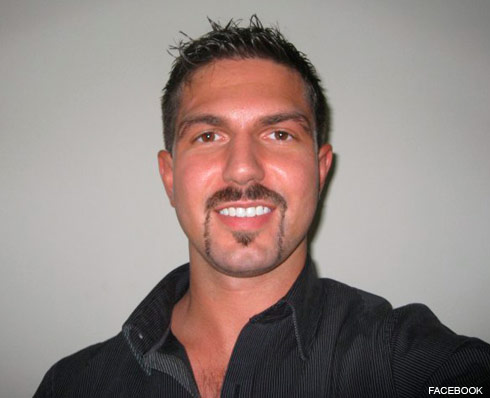 Former U.S. Air Force intelligence specialist Derek Stansberry was booked into Penobscot County Jail in Bangor, Maine last night after making reference to having a fake passport and explosives in his luggage on Delta flight 273 from Paris to Atlanta.

According to law enforcement sources, the incident began when Stansberry passed a note to a flight attendant that read, “Forgive me, I f—ed up, I’m sorry.”

The flight attendant brought the note up to the flight deck.

One of the two teams of two federal air marshals aboard broke cover and approached Stansberry. Stansberry told the FAMs in a mutter that he had explosives in his bag.

The flight was diverted to Bangor, Maine where federal officers were waiting.

Stansberry, 26, is from Riverview Florida and according to Air Force spokeswoman Lieutenant Colonel Linda Pepin he was on active duty from 2005 to 2009 and was last stationed at Hurlburt Field, Florida.

Here is a photo of Stansberry flying an airplane posted on his Facebook account with the caption, “Sh!t… Flying a PC-12 ain’t that hard.” 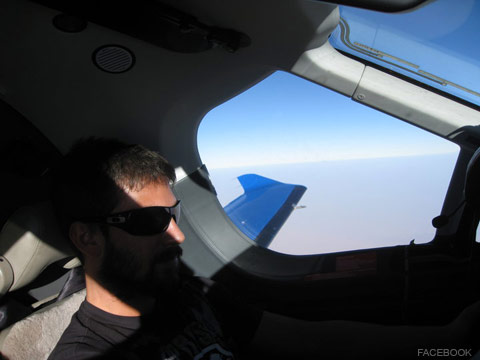 Derek’s father Richard Stansberry talked to My Fox Tampa Bay saying, “My son’s profession in the military required he live a squeaky clean life.” He went on to say that he hasn’t been able to talk to his son but understands the steps authorities took.

“That’s why we all have to be careful about what we say on a plane, you know? I travel quite a bit, so I try to be careful what I say when I’m talking to a stranger or something like that because I may say something that’ll frighten someone behind me when it wasn’t intended to.”

Stansberry also told the air marshalls aboard the plane that he had “taken a valium and a sleeping pill before the flight,” according to ABC News. It’s beginning to sound like a frightening drug-induced misunderstanding. Nothing seems to indicate that Stansberry is a threat and at least according to his Facebook wall it seems his personal life was going well. Althought, some sort of relationship issue could explain why he would say something so vague as, “Forgive me, I f—ed up, I’m sorry.” Here is his last wall post from April 20, at which point his relationship seemed fine:

“I ♥ and miss my amazing soon 2 be wifey, Jillian Marie… Fingers X’d, home in a few more days and deuces to Africa”

According to his other posts from the last couple months Derek was doing contract work in Africa and his return home was being held up by the Iceland volcano, among other things.

And another from My Fox Tampa Bay:

Once again, the lesson here is that if you’re going to do something or say something stupid, don’t do it on an airplane or near an airport! Just ask Joseph Sean McVey, who was arrested earlier this week for carrying a firearm to the Asheville Regional Airport and telling an officer he wanted to meet President Obama, who had recently departed on Air Force One after being in the area on vacation.