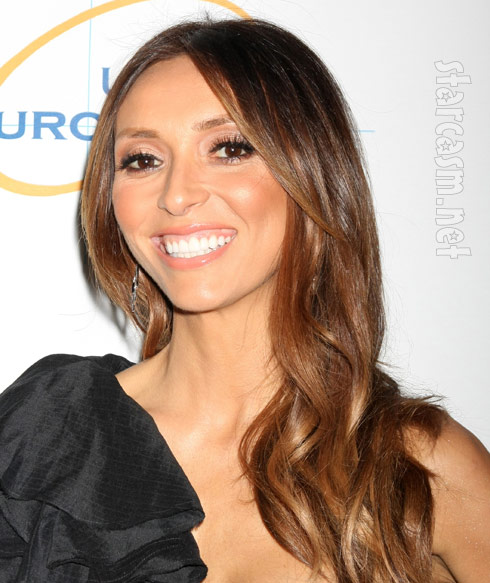 While appearing on Today this morning popular E News and Style Network host Giuliana Rancic revealed to Ann Curry that she has been diagnosed with breast cancer.

Rancic, who is married to former Season 1 Apprentice victor Bill Rancic, told Ann that the tumor was discovered while she was undergoing in-vitro fertilization in an effort to get pregnant. Her doctor insisted that she get a mammogram despite being only 36-years-old because the increase of hormones during pregnancy can accelerate existing cancer. This particular doctor did not want to take any chance of helping her get pregnant if she had cancer. Against Giuliana’s desire she had the test and received the difficult news.

Here’s a visibly shaken Giuliana with Ann from Today:

Her show Giuliana and Bill on the Style Network has followed the couple as they’ve struggled with infertility. Giuliana suffered a miscarriage after a previous in-vitro treatment and the couple decided to try again and it was this process that led her to discover her cancer. Because of the early diagnosis the doctors have given her a positive prognosis of beating this deadly and horrible disease.

Rancic was emotional as you can imagine but she was adamant about how great her husband has been following this difficult news. She is also holding steadfast to her dream of having a baby. She said:

“…because this baby has saved my life. I truly feel God was looking out after me … If I had gotten pregnant later down the line, I could have been a lot sicker.”

It was brave for Giuliana to speak out and be yet another reminder of how important it is for all you busy ladies to follow through with your scheduled exams. She will undergo surgery later this week and then undergo 6 weeks of radiation therapy.

October is Breast Cancer Awareness Month and you can find out all about that and early detection plans via the National Breast Cancer Foundation.

We wish the very best for Giuliana and Bill as they fight this disease together.

Dourtney made Dr. Drew and his audience uncomfortable