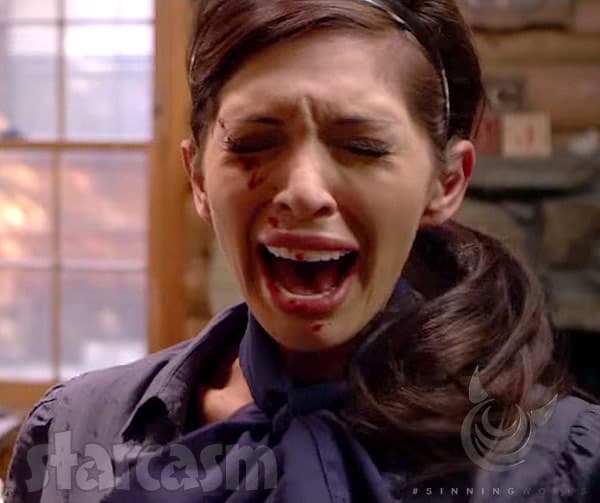 Almost two years after it was first announced that Teen Mom OG star Farrah Abraham would be making her feature-length film debut in the slasher sequel Axeman II: Overkill, we FINALLY have the first official trailer for the movie!

Here’s the video, in which Farrah can be seen as her Bible-thumping character Fannie Rae Baker, screaming as blood is splattered on her face:

And here’s the full press release from #SinningWorks about the trailer that includes director Joston “El Rey” Theney’s explanation of the extended delay on Axeman II: Overkill‘s release:

“The film’s been done for about a year and a half,” says El Rey when asked what the hold-up has been. “There’s been a lot of behind the scenes nonsense but regardless of the outcome, you will see the film this winter whether it’s their release or mine. We have some incredibly awesome fans and diehard gore-hounds that have been following the release news religiously and my goal since the beginning has been to satisfy them. They’re the reason I make the AXEMAN films.” 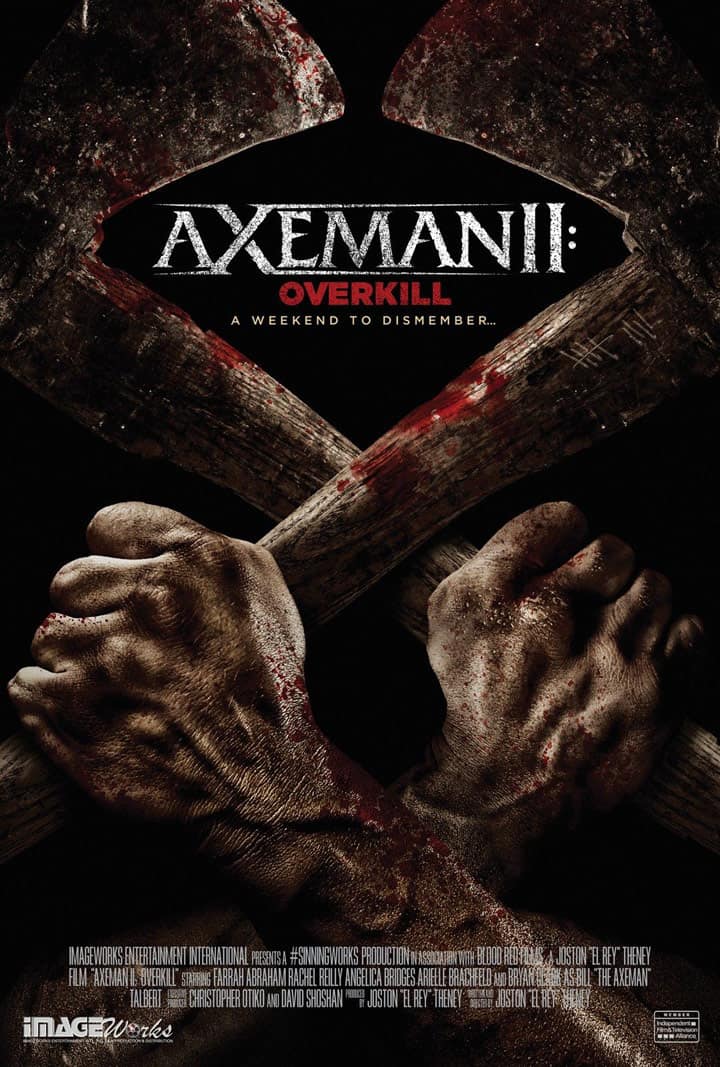 Production stills released along with the trailer reveal additional characters not shown previously. With 27 speaking roles in the film, what separates this film from the original other than the number of characters? “The difference between this film and the original is the sheer abundance of talent and outlandish characters. Each character and actor could carry their own film,” Theney says. “Without revealing too much, ‘Mrs. Whitfield’ played by the talented Monique Parent holds the key to understanding why the Axeman is back and how to stop him but she has her own reasons for not divulging it. Michael Foster is ‘Polk Talbert,’ the original suspect believed to have given the Axeman legend it’s bloody beginnings. And ‘Kesha’ played by Hannah Landberg will definitely be a fan favorite as the sister to one of the victims from the original film who is probably more savage and frightening that the Axeman himself.”

There is still no word of a specific release date or if the film will be screened in theaters. Personally, I’m hoping for a special premiere screening at Farrah’s favorite theater, Alamo Drafthouse, here in Austin!

I feel I should mention that the partnership between Farrah Abraham and Joston Theney may have a life beyond Axeman II as IMDB lists her as playing Karen Simms in Joston’s film Adam K.

Our coverage of Axeman II over the past couple of years has been even more extensive than our coverage of Farrah’s Froco frozen yogurt restaurant during the same time, just CLICK HERE for all the posts, including numerous stills and behind-the-scenes photos.

Farrah Abraham bikini photos, plus she addresses claims she wants to look like Kim Kardashian