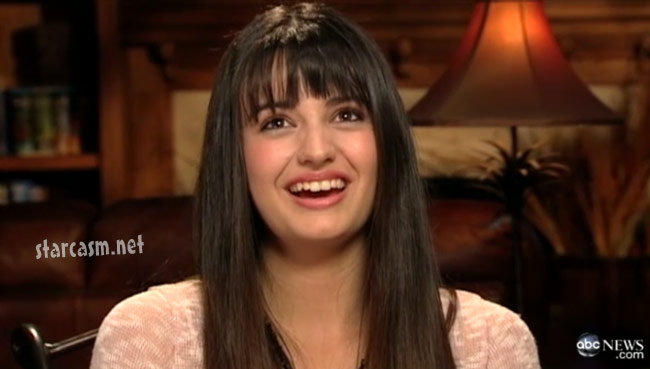 Today is Friday so I thought I’d get this party started with everyone’s favorite “Friday” singer Rebecca Black.  She appeared on this morning’s episode of Good Morning America and discussed her sudden and overwhelming YouTube fame.  Her ode to the day before the weekend is now rocking at over 14 million (Dr. Evil voice – MILLION) views!

She wasn’t fazed by some people calling “Friday” the worst song ever but she did find comments like “cut yourself” and “get an eating disorder” to be hurtful to the point of making her cry.

During the interview we also discovered that the 13-year-old instantly famous singer is just like most other girls her age in that she has some serious Bieber fever.  She sent out a heart felt request for a duo to the young man who certainly understands the implications of sudden and youthful YouTube fame.  Here’s the clip:

Did you notice that turn to look directly at the camera.  This girl’s a veteran already!  If you’re unable to catch the vid where you’re at, like say work on a Friday just waiting to have some fun fun fun fun, here’s what she said to the Biebs:

“Justin, if you’re watching this right now, would you do a duet with me? That would be unreal. That would just make my life! Just the opportunity of him maybe even watching this is just crazy.”

The ball’s in your court Justin Bieber.  You could be her Usher!

To see the “Friday” video, find out about the music publishing group that put it together, get a list of tour dates, and even get background info on the rapper who appears in the viral clip click here.

VIDEO Kimmel shows some Beliebers love Bieber no matter what