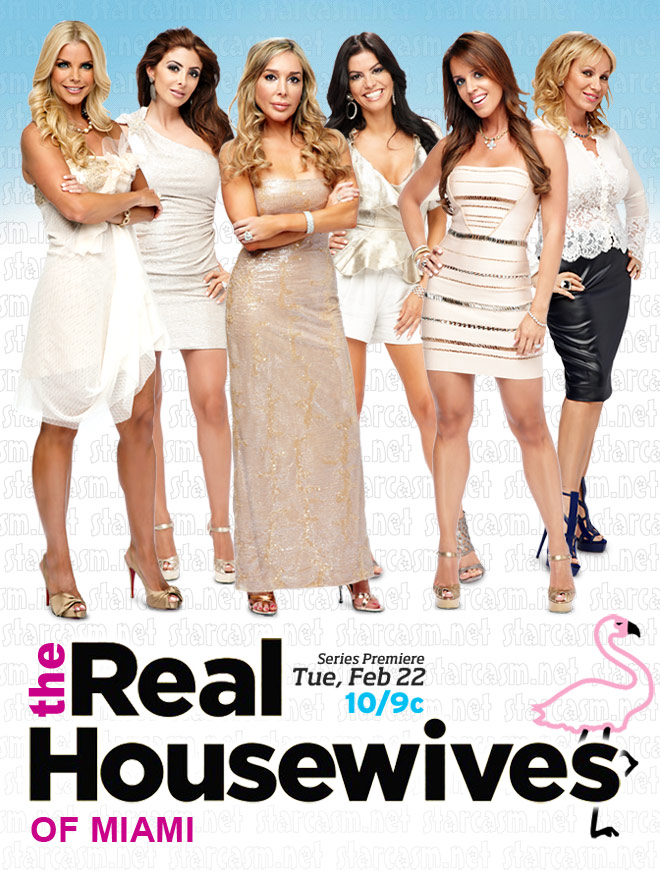 Bravo continues its quest to take over late night ratings and completely monopolize the attention of celebrity bloggers with yet another soldier in their ever-growing army of Housewives shows, this time venturing into the Sunshine State for The Real Housewives of Miami, set to premiere Tuesday, February 22 at 10/9c.

The newest series of the Housewives franchise adds a unique flavor as the show goes inside this cultural hot spot. The Real Housewives of Miami follows six of the most connected and influential women of Miami as they live their lives to the fullest in this sunny city where the party never stops.

The cast includes (from left to right in the photo above) Alexia Echevarria, Larsa Pippen, Marysol Patton, Adriana DeMoura-Sidi, Cristy Rice and Lea Black and follows on the heels of Bravo’s previous Miami reality show effort, the lackluster Miami Social. The show will also prominently feature Elaine Lancaster, one of Miami’s preeminent drag queens! (You find out all about Elaine, or James Davis, by checking out our profile post.)

I will be adding profile posts of all the ladies with their full-length photos and brief bios from Bravo throughout the day, so keep checking back! (I will link from their names in the cast list above)

Here’s the official trailer for the Premiere Season:

I was a little worried after watching The Real Hosuewives of DC and thought perhaps Bravo had finally overplayed their hand and that the Housewives‘ threshold had been reached. But then they stormed back with ladies from Beverly Hills, which had perhaps the most entertainingly well-rounded first season of them all! So, I’m back on board with being downright optimistic and will be tuned in to see if these hot Miami drama mommas can bring it!

Here are a couple more preview clips thanks to Bravo:

Cattiness at the Catwalk:

The Real Housewives of Miami season 3 trailer and cast reveal