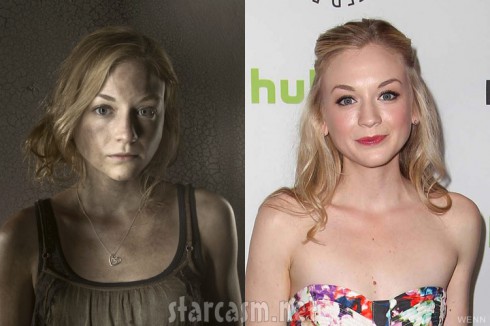 AMC’s original series The Walking Dead continued its incredible success with HUGE ratings (12.3 million viewers!) for the premiere of the second half of Season 3 last month, and this weekend the show was given the honor of kicking off PaleyFest 2013 with a red carpet event and panel discussion. The event was attended by six cast members and four Executive Producers from the show and was moderated by Talking Dead host Chris Hardwick. We’ve compiled a few of the highlights from the panel discussion as well as photos from the black carpet, which we have put side-by-side with AMC’s promotional photos for The Walking Dead Season 3 so you can see just how well they clean up! Well, except perhaps for Rick (Andrew Lincoln) and Daryl (Norman Reedus). 🙂

(Scroll down to the bottom for the complete The Walking Dead PaleyFest 2013 panel discussion video!) 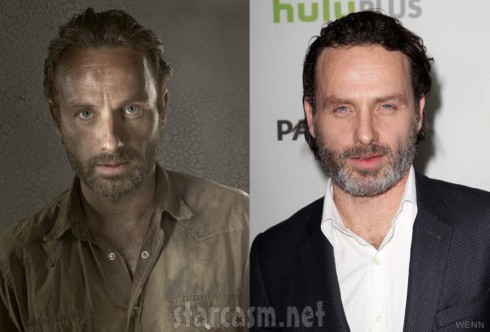 Lincoln assured attendees that Rick’s recent bout with the loonies is a short-term affliction. “I think you’ll see in the next episode a turning point happens and he realizes his responsibilities. And hopefully he’ll come back from the brink. But certainly since the death of Lori and the pressure imposed by The Governor, he is in a state of shock, grief, and stress, and he has had a breakdown. It’s tough times for Rick, but it’s always tough times for him, isn’t it? He never gets a day off, this guy.” Lincoln revisited his character’s son Carl’s criticism later in the panel. “He has a point. I have been making some terrible calls. So, you know, bless him. Parenting in the apocalypse.” 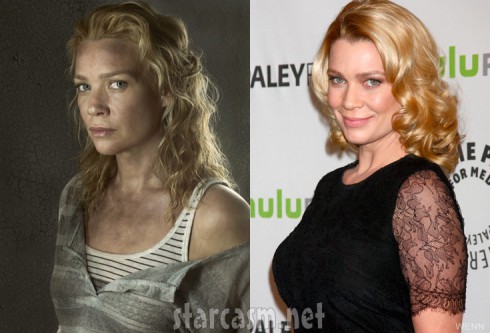 Of course the big question for Andrea is what’s the status of her relationship with The Governor. “I think she thinks The Governor is disgusting at this point. She didn’t sleep with him because she was having a weak moment. She slept with him because she had every intention of doing what Carol suggested.” (Laurie would later refer to Carol’s tactics as “Carol’s creepy vagina warfare.”) “But it’s not easy to just slit someone’s throat when they’re sleeping. She doesn’t have all the information. She doesn’t know about Maggie, but at this point it doesn’t matter. He’s gross to her.” 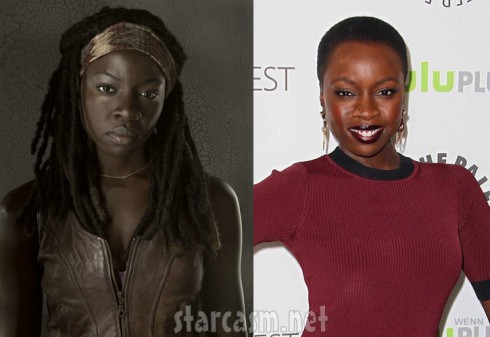 So what about Andrea and Michonne? Laurie Holden said “Andrea and Michonne are two adult women who wanted different things. Andrea did not choose a guy over her. After eight months she wanted a life and she wanted a community. I think this one [Michonne] could have ended up anywhere and she would have been unhappy.” She then said, “I think that she didn’t want to share Andrea with anybody. She was happy when it was just the two of them. And I wish that they really had been able to have a deeper conversation before Michonne left those gates.” 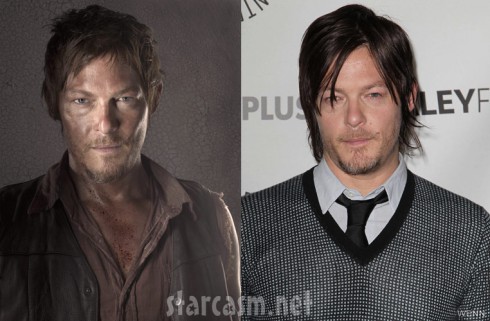 With Rick’s leadership abilities in question, and Glenn’s motives distorted by rage and vengeance, it would seem the mantle of leadership would fall to Daryl. “I don’t think he wants to be the leader in any way,” Reedus said of his character. “Like with Randall, remember Randall? There’s a whole episode about ‘what do we do with Randall’ and Daryl just kind of quietly went in there and beat the s— out of him and came back with bloody knuckles and was like ‘yeah, what’s up?’ He wasn’t like ‘look at me, look what I did!’ I think if he had to lead, it would be reluctantly,” he added. “He doesn’t want to talk about feelings or make you feel better about the future. He just does stuff. He gets it done.”

And speaking of getting it done, what about Daryl’s relationship with Carol? Will anything ever happen there? “I like these two damaged people gravitating towards each other. It might happen … I don’t want to make the first move,” Reedus said, channeling his character. “I don’t think he has much game,” he added.

I think millions would disagree with Reedus on that last comment! Clearly a huge fan favorite, Reedus seemed reluctant to accept the accolades when asked about Daryl’s popularity. “We all have our people,” he said. 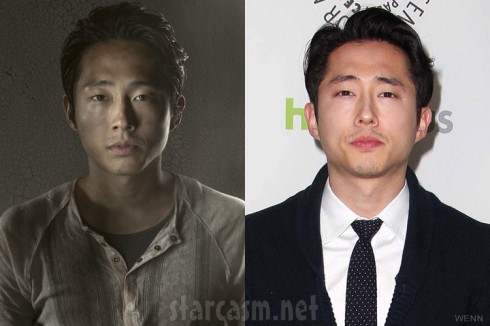 Want to know what Glenn’s dream world would be like? “The Governor would be dead and he would be happy with Maggie in a field full of … food,” Yeun said. He then went on to describe the world as a savory Willy Wonka factory. With steak trees.

Sadly, it doesn’t appear that Emily Kinney was asked about Beth Greene’s choice to sing one of my favorite songs of all time at the end of episode 3 🙁 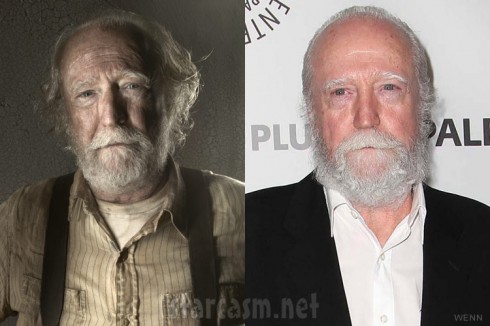 The Executive Producers had a lot to reveal as well. Gale Ann Hurd (below left) gave EW.com some details on The Walking Dead Season 4, saying “the writer’s room has cooked up the first eight episodes, and they’ll probably start writing next week. And we start shooting May 6. We’re still finishing the season finale – editing and music.” 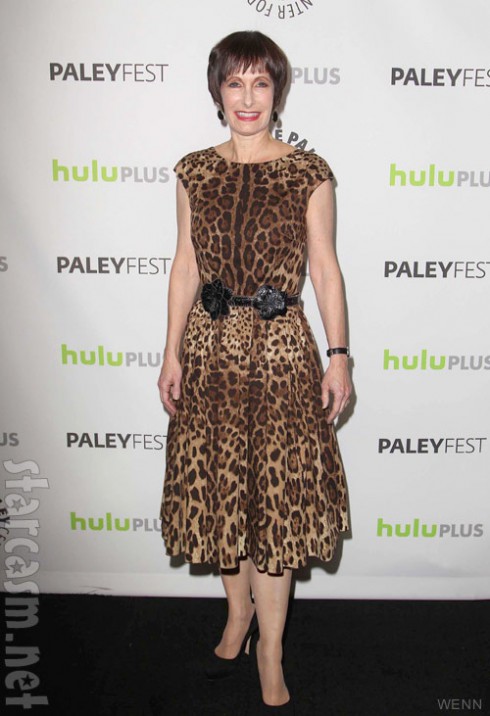 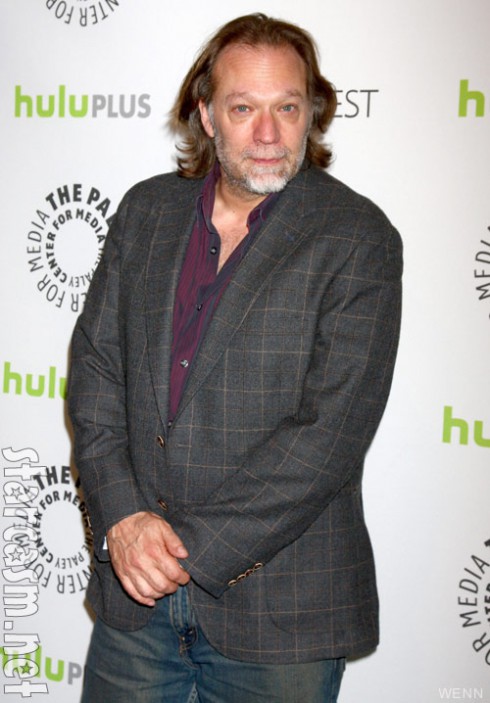 And according to Greg Nicotero (above right), a huge focus for Season 4 is going to be character development. “I think there may be a wee bit less of the run and gun. And [we’ll] get a little more into some of our characters,” he told EW. “The challenge with a show like this, when you have a big ensemble, is you don’t want any of the characters to get lost; it’s important that we know what Carol’s story is and that we know what Beth’s story is. And when you’re trying to service a lot of characters, it becomes challenging. Watching the first season of Walking Dead and seeing how grounded it was, that’s really important to all of us. Andy Lincoln and I spent a lot of time going through the scripts and making sure we feel that they’re grounded. Because that’s what keeps our audience coming back. The walkers and the gore and the action and stuff, that’s fun, that’s the popcorn part of it. But if you don’t have characters that people are invested in, you lose your audience.”

Robert Kirkman (below on the left) was quick to point out how much they appreciate the fans, saying “we have the best fans in the world. If you go to the site, you see the message boards and can find out what they like and what they don’t like. We look at that, so we know sort of what fans want and what we don’t. They’ve given us a lot of interesting ideas. We’re ultimately going to do something that’s entirely unique and ours, but the fans are going to be very happy.” 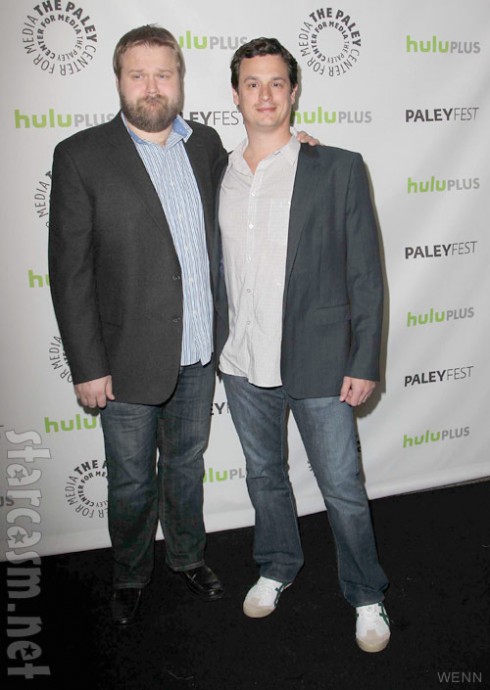 David Alpert (above on the right) joked that “we get a lot of requests for zombie animals,” and went on to add, “I’m not going to rule out seeing a zombie polar bear in Season Four. Because you never know.”

Here is the full The Walking Dead panel discussion video from PaleyFest 2013:

And here are more photos from the event, including full-length photos of The Walking Dead cast from the red carpet – just click to enlarge: 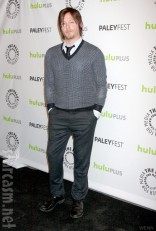 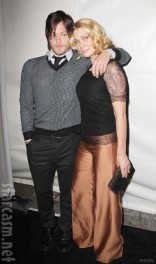 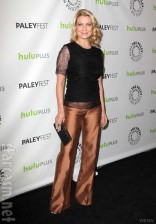 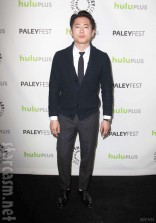 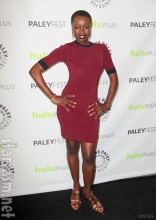 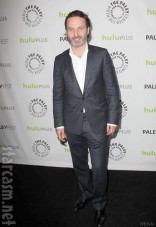 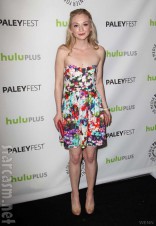 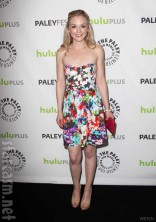 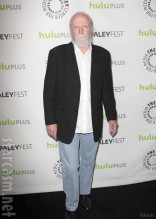 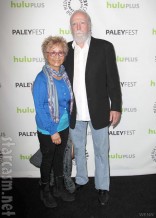 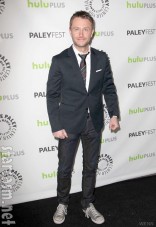