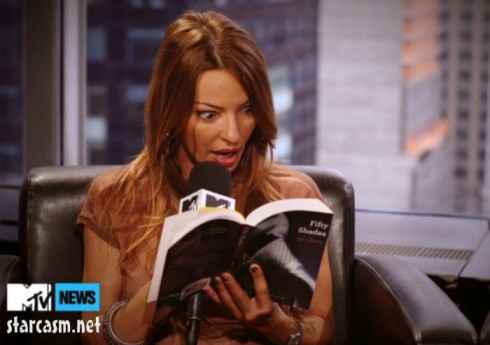 Though Carla hadn’t read the book (she claims), she was aware of it and knows what it’s about. “To me, it’s like a sex book,” she says. “Grey is a guy that every girl wants; he’s like a dream guy and he seduces.”

Meanwhile, Drita has no idea what they’re talking about. “I want to read it!” she proclaimed. And it just so happened that the interviewer had a copy on hand and he offered it to Drita, opened to a highlighted passage which she began to read aloud.

“Get off the bed, stand over here,” D’Avanzo reads as the novel’s seducer extraordinaire Christian Grey works his masculine wiles on Anastasia Steele. “He holds out his hand and in his palm are two shiny balls linked with a thick, black thread,” Drita continued before stopping herself. “What the f— is this?” Drita asked, flabbergasted. “They’re a$$ beads? What is this? This is dirty — what the hell is this?”

All I know is I think there would be a HUGE market for Staten Island accent audio books! Actually, they should sell Fifty Shades of Grey audio books read by the entire cast of Mob Wives! Can you imagine the Big Ang chapters? Oooo lawd! 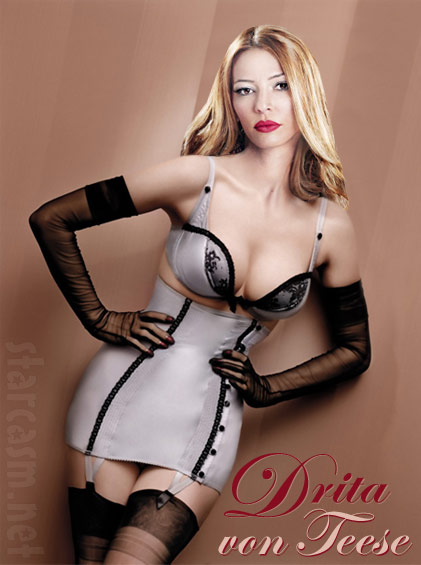 All worked up now? Then head over to amazon and pick up your copies of the Fifty Shades Trilogy!