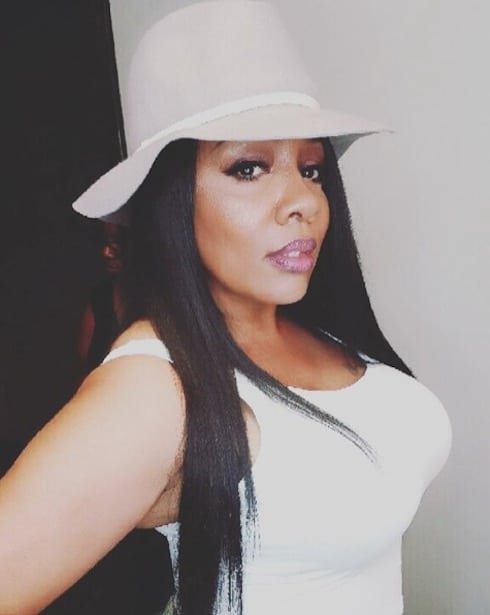 We’re about quarter of the way through Season 5, but many viewers are still asking themselves: Who is Karen King from Love and Hip Hop Atlanta?The intriguing new cast member made quite an entrance earlier this year, thanks to our article on her criminal record–which features an appearance on America’s Most Wanted for allegedly beating an ex-lover and leaving him for dead in the trunk of a car.

You can read our full write-up here; the abbreviated version of what happened is this. In March of 2012, Karen, along with sons Sas and Scrapp and three friends, allegedly beat Karen’s ex (and Sas’ father) Lyndon Baines Smith upon his arrival at Karen’s house in BridgeMill GA. The beating was brutal, according to police who found Lyndon, several days later, in the trunk of his own car. Lyndon’s six assailants had placed him in the trunk, and one of them began driving the car back to Alabama, whence Lyndon had come, with the intention of leaving him there. 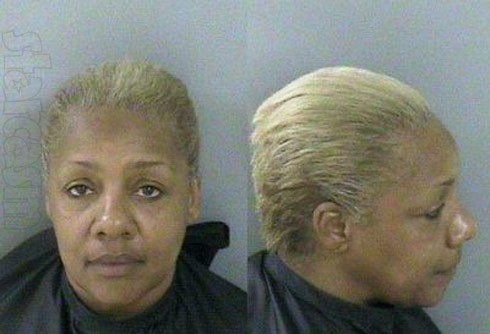 Over the next three months, five of the assailants were arrested in connection with Lyndon’s beating. Karen was the last suspect at large, which is why she was featured on an October 2012 episode of America’s Most Wanted. Six months later, in April 2013, Karen was arrested; according to the arresting officers, she “had warrants [in Alabama] for aggravated assault with intent to murder, aggravated battery with intent to disfigure, kidnapping, armed robbery, and various drug related charges.” However, the following month, and for reasons not yet known, all six people were freed, and the charges against them dropped.

Karen is hardly the only person of the new Love & Hip Hop Atlanta cast to have a criminal record. Her son, Scrapp DeLeon, is currently serving time on a drug charge, and won’t be released until 2021. And Scrapp’s baby mama Tia Becca has a record, while his current girlfriend Tommie has been arrested almost three dozen times over the past fifteen years–and she recently addressed her past (and her many mug shots) in a VH1 interview. So it should come as no surprise that Karen King decided to do the same–but Karen, in addition to confirming the many stories about her, strongly suggested she wouldn’t have it any other way!

Here’s Karen King’s recent VH1 interview–KK is nothing if not defiant!

“Everybody has a past,” Karen says; “there’s no secrets. Nobody on Love & Hip Hop can blow me up–because I’m gonna blow myself up!

“I’ve been to prison,” Karen confirms, “not one time, but a few times. It’s unfortunate; I made mistakes….I was accused of murder for hire–meaning, hired my children to kill their father. Just to let you know, he’s in the club, just like y’all, every night. He’s definitely not dead.”

And Karen doesn’t stop there! “Yes, I was on the run,” she says. “Yes, I was on America’s Most Wanted. Even my dog was on America’s Most Wanted. But, the best part of it is, [no one] got life sentences, [which is] what we were facing.” According to KK, her children were only lashing out at their father for having been absent their whole lives, and not acting on orders from her.

It’s also worth pointing out that this interview was shot at the same time as Karen’s introductory interviews for Love & Hip Hop Atlanta Season 5–that is, it was filmed before the season began airing. In the interview above, Karen is clearly wearing the same dress and sitting in the same set featured in the LHHATL Season 5 preview clip from two months ago. The network knew this story would break, and had this clip prepared well ahead of time–nicely played, VH1.

(Photo credits: Who is Karen King from Love and Hip Hop Atlanta via Instagram)