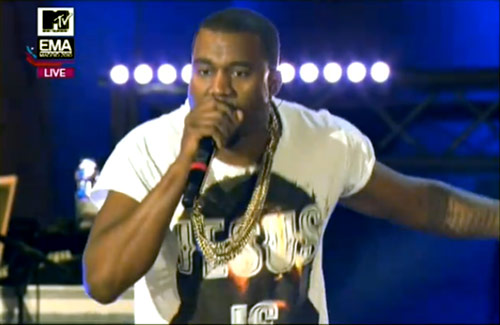 Not one to ever miss out on an MTV Awards show, Kanye West crashed the EMAs (invited this time!) and joined 30 Seconds to Mars for an auto-tuned verse from the band’s song “Hurricane” followed by a little bit of Kanye’s “Power!’

Ye was sporting a “Jesus is Lord” t-shirt to the 2010 European Music Awards held at the Caja Magica (The Magic Box) in Madrid, Spain on November 7, 2010.