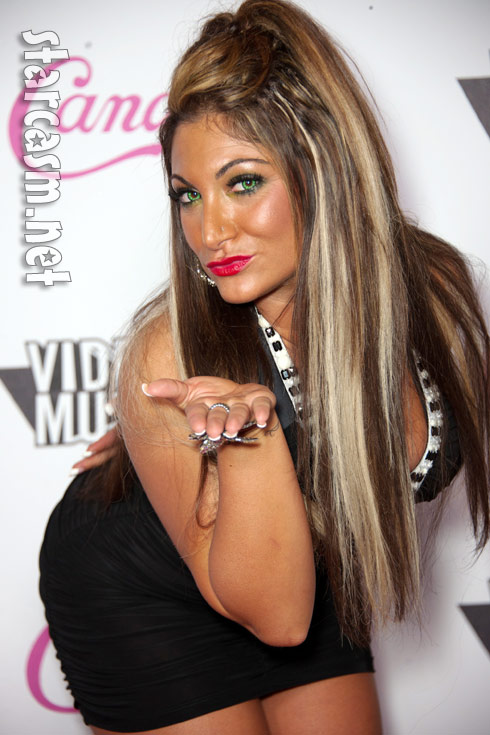 Other than freakin’ being on the show, the Jersey Shore peeps moonlighting job is primarily to make appearances at nightclubs to get the party started.

Deena Cortese was doing that up in a bar called The Alchemy in New Haven, Connecticut when she went Jersey Devil on a bouncer for moving her backside out of the VIP area. After her paid 2-hour appearance was done said bouncer requested that Cortese make room for actual paying customers and this happened:

Deena tells dude he’s a freakin’ scumbag creep and informs him that she’s a nobody. Dude replies simply by telling Deena to get lost then the thing just drops into a patented JS bleep-fest until the end when I’m pretty sure you here some patrons telling Deena to, “get out.”

You know you’ve been “Shored” when a final alcohol fueled rant ends in fluffy boots stomping away!