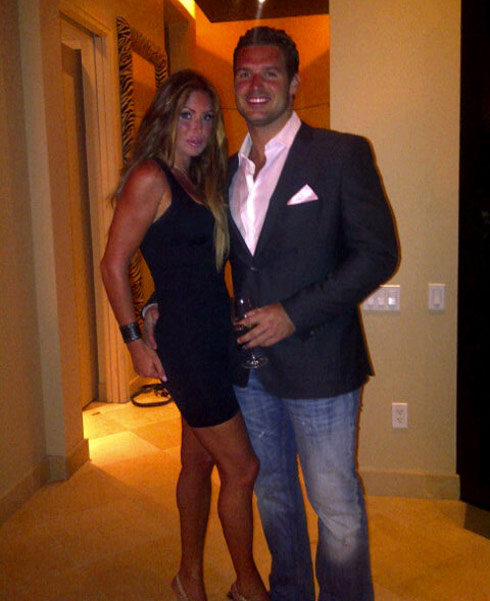 As Tiger Woods fell out of the top 50 world rankings in golf his mistress numero uno Rahcel Uchitel went and got herself married. That’s right! The “uch” got hitched shotgun Vegas style at the official, “This is probably a mistake,” Little White Wedding Chapel on Sunday.

So who is the gambling man that will be calling Rachel his wife-fer-life? His name is Matt Hahn and he’s a businessman of course, that’s all I got for now or really want to know about the dice roller.

TMZ got the scoop on how the “I dos” went down and it all sounds like a typically festive Sin City affair. The couple, along with a dozen friends danced into the chapel to the song “Single Ladies,” and after they made it all official and what not, they twinkle toed right on out to “That’s What You Get for Waking Up in Vegas.”

The Little White Wedding Chapel is the legendary site of Bruce Willis and Demi Moore’s matrimonification as well as Britney Spears-Jason Allen Alexander along with Paul Newman-Joanne Woodward and Frank Sinatra-Mia Farrow. I should note that none, except for Newman-Woodward, of the above marriages lasted!

Well wishes to the new couple as they begin their married journey together.