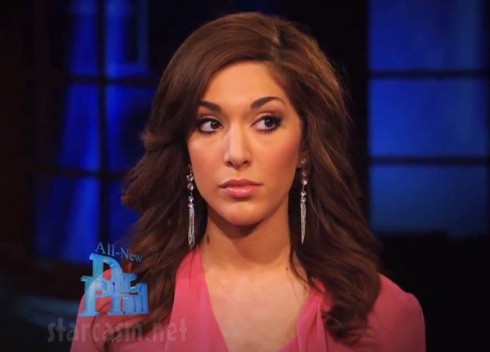 It was just revealed that part of the reason former Teen Mom star Farrah Abraham and her mom Debra Danielsen were in Los Angeles last week was so they could appear on Dr. Phil! Check out this clip from the episode set to air this Friday titled “Teen Mom Farrah Exposed:”

We need Babs Evans here… “Oh Mah GAWD!” You thought watching Farrah have sex for 30 minutes with James Deen was going to be embarrassing? This looks 400 times worse! We’ve seen Farrah in a similar scenario with Dr. Drew many times, but Dr. Drew had on kid gloves and was on MTV’s payroll. Say what you will about Dr. Phil, but he doesn’t tolerate BS and he doesn’t consider stupidity an excuse, so Farrah is almost certainly going to be in for 60 minutes of brutality. 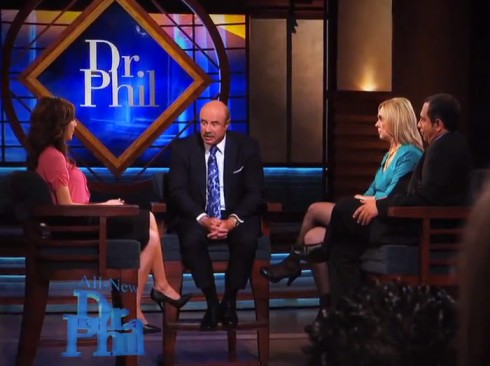 Here’s the official synopsis from DrPhil.com:

Farrah Abraham gained instant fame while starring in the MTV reality shows 16 and Pregnant and Teen Mom. Television cameras no longer follow the 21-year-old’s every move, but her antics are keeping her in the tabloids. Most recently, a sex tape surfaced featuring Farrah and porn star James Deen — a tape she says was made for her own personal use and documentation of how great she looks. But Deen tells a different story — Did Farrah plan to leak the tape in an attempt to stay in the spotlight? Dr. Phil confronts Farrah about the X-rated video and other reckless behavior being reported. How does she explain her actions? And, is she ready to make a change? Then, Farrah’s mom, Debra speaks out about her turbulent relationship with her daughter. And, Farrah’s dad, Michael, weighs in on his daughter’s controversial behavior. What he says may surprise you. Plus, don’t miss Dr. Phil’s advice every parent needs to hear.