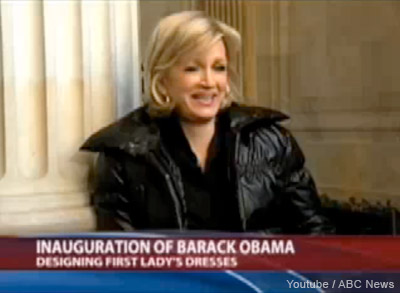 Here is video of Diane Swayer’s infamous “drunk day” on Good Morning America the morning after the Barack Obama inauguration.

It was announced today that Diane will be replacing Charles Gibson as anchor of ABC’s World News, making her the second female anchor of a major network’s nightly news cast after Katie Couric took over The CBS Evening News job.

In response to the promotion Diane told ABCNews.go.com “There is no one like Charlie Gibson and it is an enormous honor to be asked to join the terrific broadcast he and the great team of journalists have built at ‘World News.'”

Charles Gibson will retire at the end of the year and Diane will take over in January.

REPORT Bruce Jenner views Diane Sawyer interview as the ‘farewell to Bruce,’ so when should we start using female pronouns?

Wife busts husband for secretly videotaping her mother in bathroom