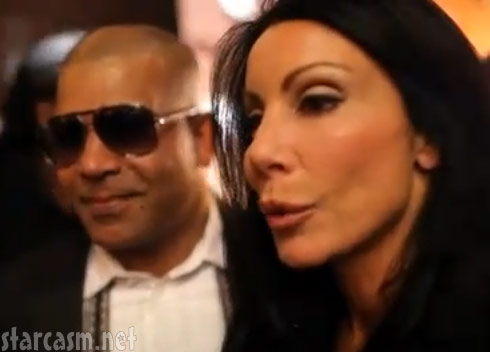 Danielle Staub is moving on from her fame launching run on Bravo’s Real Housewives of New Jersey for hopefully greener pastures on Wealth TV.  In an upcoming show called Social Staub plays the role of a modern day Robin Leach as she visits the rich and famous for behind-the-scenes peeks into their glamorous and mysterious lives.

One of the famous people she visits for the show is famed record producer and artist Prince Malik.  In the following clip posted by Malik you get a taste of what to expect from “Social” and Staub’s new gig as a show host.  Nice cars, big houses, eccentric celebs; it looks like this show lays somewhere between MTV’s Cribs and Real Housewives except the folks profiled on Social probably have the finances to bank their extravagant lifestyles.

I can’t decide if Malik Segwaying around his mansion is extremely cool or just weird or both.  Always one to seize a publicity opportunity, Staub mentioned recently that she is in talks with Malik to work on recording music with the famed producer.  Puts a whole new twist on Social networking I suppose.

As of this post, Wealth TV hasn’t set a premiere date for the new show except to say that we should expect episodes sometime early next year.

PHOTOS Where Are They Now? Danielle Staub edition