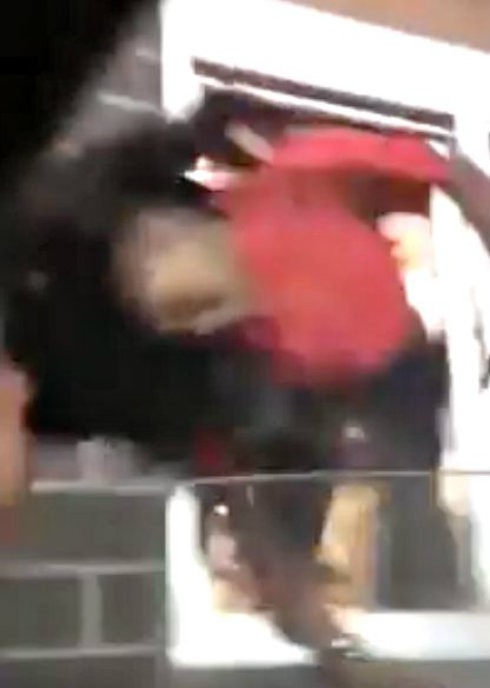 When a video was posted to LiveLeak on Monday showing customers pulling a young McDonald’s employee out of the drive-thru window, it seemed too unbelievable to be true. But, it turns out the incident actually happened as shown at a Louisiana Mickey D’s.

“St. John the Baptist Parish Sheriff’s Office detectives arrested four females in connection with the battery of a 16-year-old female on August 26,” the sheriff’s office said on Wednesday in a press release obtained by The Smoking Gun. “The 16-year-old victim was working the drive through window at a fast food restaurant in LaPlace when she was pulled through the window and punched several times.”

Police say 17-year-old Kailin Holliday (pictured below) led the attack after she “exchanged words” with the employee. In the video, she is shown reaching into the building, grabbing the victim by the hair and then forcefully pulling her to the ground between the building and car. Police say the three other suspects then got out of the car and beat the victim. 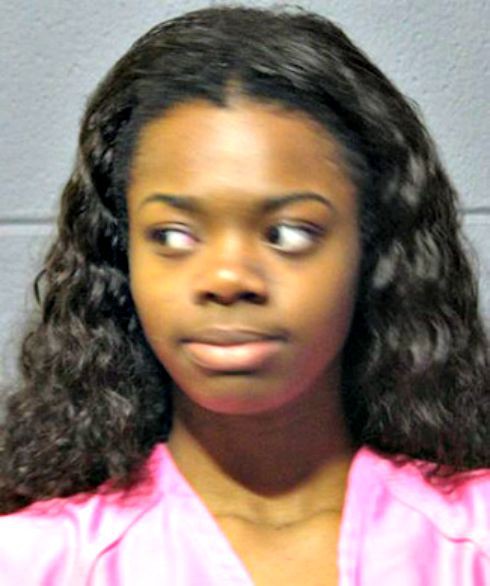 The victim declined medical treatment. She indicated she knew at least some of the people involved in the attack. Two of the suspects have been charged with misdemeanor simple battery. The oldest suspect, 20, was charged with disturbing the peace by fighting. Kailin was charged with felony second-degree battery and released on $10,000 bond.