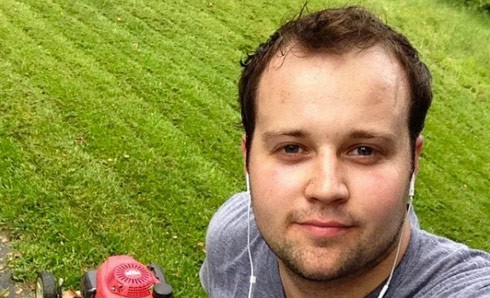 Josh Duggar has filed a lawsuit against officials who released information pertaining to the molestation scandal that resulted in the cancellation of 19 Kids and Counting, arguing he was “victimized.”

In Touch filed a Freedom of Information Act request in 2015 and received a heavily redacted police report indicating that his father, Jim Bob Duggar, told police in 2003 that his young teenage son [Josh] had molested 5 underage girls. The redacted report identified 4 of the 5 victims as sisters of Josh Duggar.

It was revealed in mid May that his sisters, Jill Dillard, Jessa Seewald, Jinger Vuolo and Joy-Anna Duggar, filed a lawsuit against a number of defendants including the City of Springdale, Arkansas for releasing information that they argue should have remained private because of Arkansas laws pertaining to privacy matters relating to sexual misconduct involving children.

Now Josh Duggar wants in, according to docs obtained by TMZ. Josh argues that he was told his eventual confession to police would remain confidential adding that since he wasn’t charged, it would have remained a private matter if not for In Touch’s publication.

Josh, who later got caught up in the Ashley Madison hacking scandal, argues that the release of the report has caused him mental anguish and suffering. Josh believes he was “victimized and forced to relieve the painful and difficult circumstances of a traumatic experience as a juvenile.”

Springdale released a scathing public rebuttal that closed with the following; “It is unfortunate that now, at this late date, the Plaintiffs have chosen to file a misguided lawsuit against dedicated public servants and seeking damages from public tax dollars.”