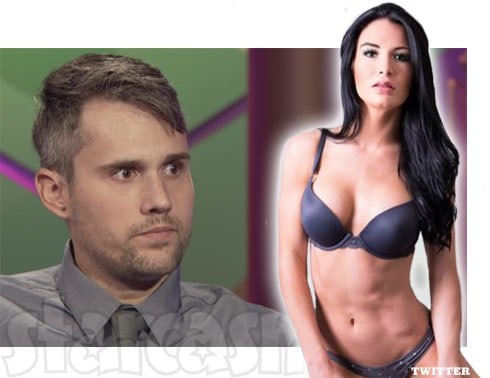 An ex-girlfriend who appeared on Teen Mom is providing further details regarding Ryan Edwards’ addiction struggles.

Dalis Connell, a model and fitness trainer, claims that Ryan’s current stint in rehab is not his first.

She told Radar, “We admitted him to outpatient rehab in December 2012. He was taking Roxycodone… His mom [Jen Edwards] was 100 percent in denial. His dad [Larry Edwards] was the one that pulled the secret out of me. That’s why he went to rehab. His dad had been fed up. I drove there that night and we had an intervention.”

Connell added that “He relapsed. He wasn’t interested in rehab. We had to drag him there the first time. He never said he wanted to get better, he just wanted the withdrawals to stop.”

UPDATE – Ryan’s mother Jennifer Edwards responded to our article on Twitter, indicating that Dalis’ recollections may be a bit inaccurate:

And once again this one needs some attention and money!! Sorry honey but you have quite a bit of this wrong ! https://t.co/uTTKbU0fiW

Dalis told Starcasm in a 2013 interview that she had a hard time coping after she discovered that Ryan cheated on her while she was visiting her cancer-stricken mother. “I actually don’t remember them filming anything else except me talking about leaving to go say bye to my mom one last time,” she said. “And then calling Ryan a million times because I found out he lied about going out and he actually cheated on me while I was out seeing my mom.”

Connell made headlines last year when she got into a Twitter war with Teen Mom 2 star Jenelle Evans over an unfounded story alleging that Dalis was a paid escort.