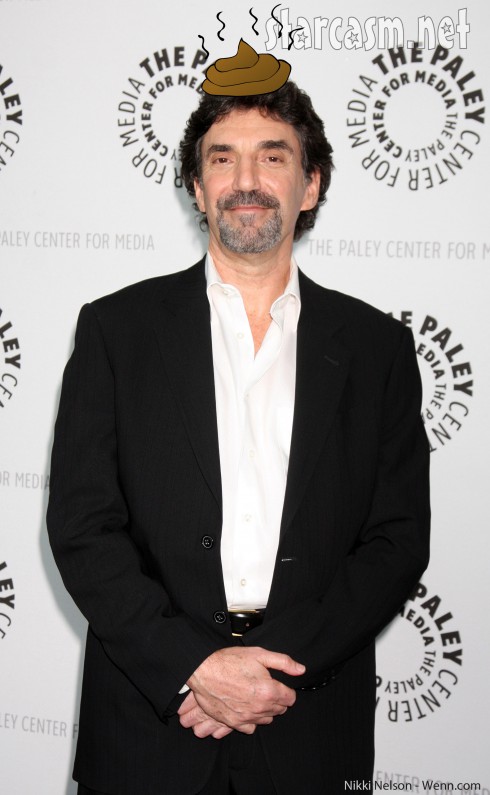 Charlie Sheen isn’t mincing words about what he thinks about his show Two & A Half Men’s co-creator and executive producer Chuck Lorre (real name according to Charlie: Hymie Levine, or Haim Levine)

During an epic call to “The Alex Jones Show” (Alex Jones is a buddy of his who recently spent some time with Charlie at his house)Charlie talked manically about everything from curing himself of alcoholism, to Chuck Lorre, to being a Vatican Assassin, to Brooke Mueller, and of course: Apocalypse Now. Click here to listen at TMZ.

Apparently Charlie is pissed about Chuck halting production on the show, and about putting up vanity cards that poked fun at and referenced Charlie’s situation. Lorre’s bravado unlocked the inner delusion in Charlie, and he unleashed.

First he called Chuck a loser and a turd (an insult he favors,) then he made fun of the face that Chuck changed his name from Hymie Levine, which is interesting because Charlie’s original name was Carlos Estevez.

Charlie sounded very angry and on edge through the whole conversation, and toward the end threatened to “violently murder” those who opposed him. Alex Jones quickly clarified “You mean on infowars? (The Alex Jones’ Show website is called inforwars.com)”

The actor also claimed to have poetry in his fingertips most of the time, “and this includes naps.” He derided Alcoholics Anonymous as a “bootleg bult” with only a 5% success rate. He claimed his own “success rate” was 100%, and refused to use the word “sober” because it was a term used by AA.

He also describes the media (and possibly his producers): “I’m dealing with fools and trolls. […] I don’t have time for their judgment and stupidity. They lie down with their ugly wives in front of their ugly children and just look at their loser lives and then they look at me and say, ‘I can’t process it.’ And they never will.”

He also got a new tattoo that is full of gnarlyisms (Sheen later referred to himself and others like him as Gnarly Gnarlingtons.)

Sheen got it while watching Apocalypse Now. (UPDATE – CLICK HERE to see a photo!) Here’s his description of it:

The banner from the death card that Kilgore (from Apocalypse Now) is throwing on his victims, but there’s also falling from it, is the apple from The Giving Tree. There’s my life. Deal with it. Oh wait, can’t process it? Losers. Buh bye.

As for Charlie’s addictions, he says the only thing he’s addicted to now is “winning.”

Charlie has since challenged Chuck Lorre to a battle in an octogon! Speaking of winning!

UPDATE: Chuck and Warner Brothers responded to Charlie’s “attack” by canceling the rest of the season of Two and a Half Men

What does this say about Haim Levine (Chuck Lorre) after he tried to use his words to judge and attempt to degrade me. I gracefully ignored this folly for 177 shows … I fire back once and this contaminated little maggot can’t handle my power and can’t handle the truth. I wish him nothing but pain in his silly travels especially if they wind up in my octagon. Clearly I have defeated this earthworm with my words — imagine what I would have done with my fire breathing fists. I urge all my beautiful and loyal fans who embraced this show for almost a decade to walk with me side-by-side as we march up the steps of justice to right this unconscionable wrong.

Poetry in his fingertips indeed 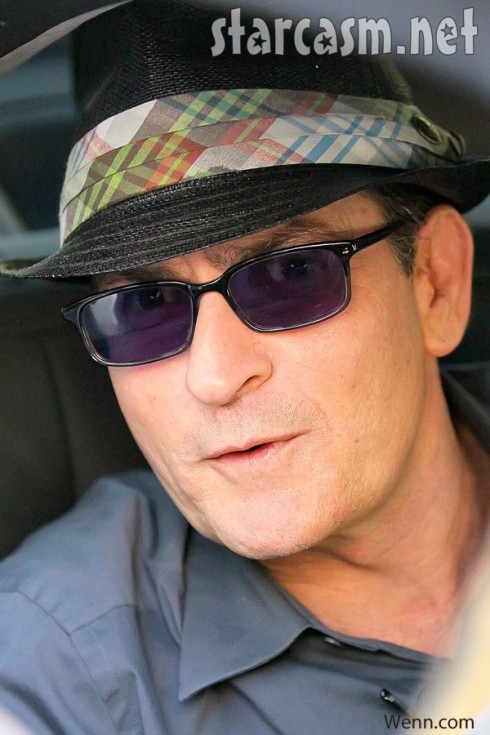