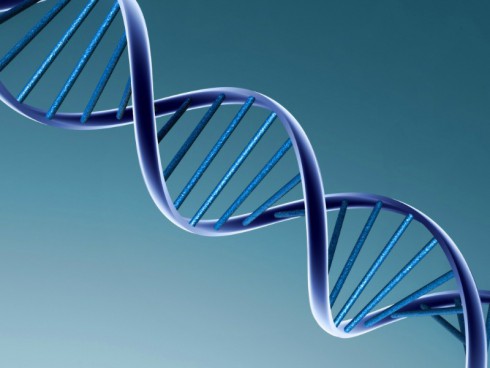 After a Washington couple welcomed a baby in June 2014 with help from an IVF clinic, they were baffled to learn the child didn’t have the same blood type as either of them. Their first thought was that the clinic used the wrong sperm during the insemination process. But the truth turned out to be even more bizarre: the biological father is the man’s unborn twin.

“Even geneticists are blown away by this,” Barry Starr, a geneticist at Stanford University who worked with the couple, told Buzzfeed. After the couple approached Starr for his help, he sent them to a genetic ancestry lab, which determined the living man is the baby’s uncle. “That was kind of a eureka moment,” Starr said, explaining he realized the living man is a “chimera,” meaning he absorbed the cells of his miscarried twin while in the womb.

More comprehensive tests confirmed the living man’s sperm was made up of 10 percent his own DNA, 90 percent his unborn twin’s DNA.

Although this is the first known case of a father realizing he isn’t the “biological father,” Starr said he wouldn’t be surprised if similar stories become more common. “Chimerism wasn’t even really something we thought a lot about until DNA testing came of age,” Starr said. “We are going to find more.”