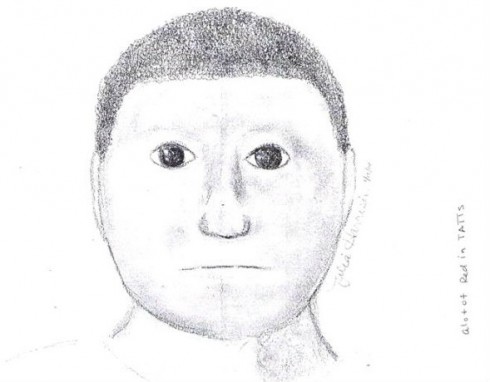 With an armed robber on the loose, the Lamar County Sheriff’s Department has some big issues on its plate. Still, I can’t help but wonder if this is the best the LCSD could do in terms of an official police sketch…

The composite sketch was created using descriptions from two women the man supposedly robbed at knife point last Thursday. According to eParisExtra, the victims described the man as “being approximately 6′ tall or a little taller, approximately 25 to 30 years old with no or very thin facial hair and a muscular build.” They added the man “has short black hair and a round face, with tattoos covering both arms and a tattoo on the left side of his neck.”

Despite those thorough descriptions, the sketch artist’s image looks more like Beast Jesus or Charlie Brown’s cousin than a real person. 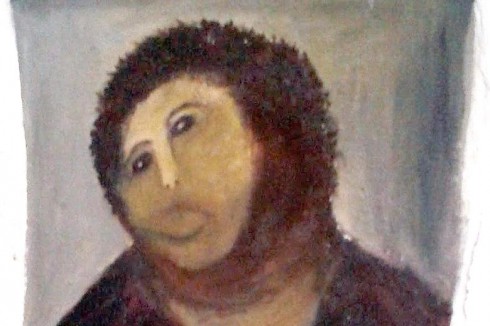 Sidestepping potential concerns, the LCSD said in a statement that the sketch is “not a true depiction of the suspect, only a likeness.”

As the Daily Mail noted, even worse police drawings have actually led to arrests — like this Bolivian sketch artist’s image of a suspected murderer. 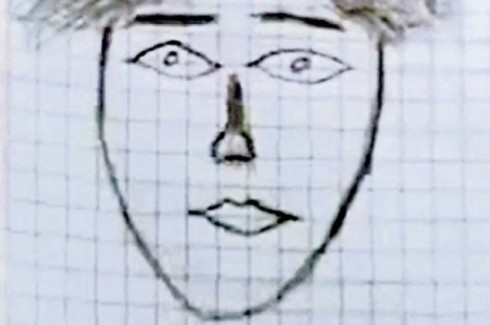 The Texas robber is still at large… But, considering the unimpressive image has been widely circulated, there’s a good chance the guy will be apprehended. (Maybe that sketch artist knew what he was doing after all!)