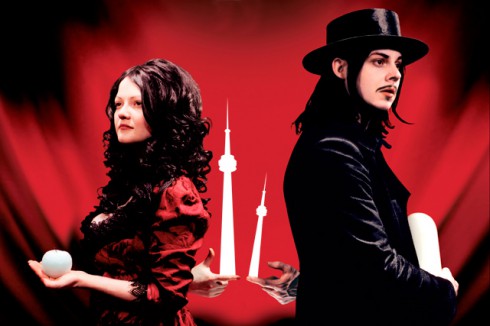 One of the most influential bands of the last 15 years has officially called it quits.  The tandem of Jack and Meg White will never play live or record another new album together again, this according to their official website.  Here’s a screen grab of the thoughtful good-bye: 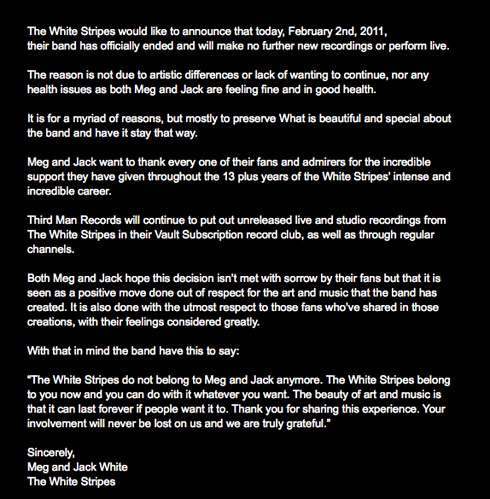 I think that just about says it all.  It had been since 2007 since the band released an album but this news is not only shocking but so darn FINAL.

I don’t know what to do with myself but since they belong to me now I think I’m going to go grab a 6-pack and put on “Elephant” and turn that mother up loud.  Thank you Jack and Meg for all the great music.

I Hear Them All: A review of the concert film Another Day/Another Time