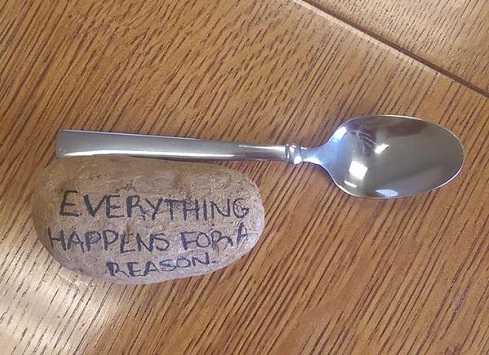 Potatoes are great for mashing, frying, baking…and, now, for messaging? Alex Craig, an app developer from North Texas, is cashing in on potatoes marked with custom messages sent through the mail anonymously. Potato Parcel is his startup business, and it faced initial criticism from someone very close to him.

The 24-year-old entrepreneur was having dinner with his girlfriend when he was hit with the idea to use potatoes for custom messages. She was skeptical–to say the least.

“She said, ‘You will not sell a single potato. This is the stupidest idea I’ve ever heard,'” Alex recalls. “On our second day that we were live, and we started promoting it on Reddit, and we got $2,000 in orders, and I just knew this was it.”

Since Potato Parcel started in May, Alex has sold over 2,000 potatoes. He has stated that his profits have been $10,000 per month since the company started.

To order, interested shoppers simply visit the Potato Parcel website and select a potato. A medium spud costs $7.99 and can be personalized with up to 100 characters. A larger version costs $9.99 and can have a custom message written with up to 140 characters. Alex then sends the potato, emblazoned with its custom message, through the mail, to any location in the United States.

A sh!t-and-runner nicknamed the Mad Pooper is terrorizing Colorado

Girl ‘born pregnant’ with twin fetuses — how does that happen?