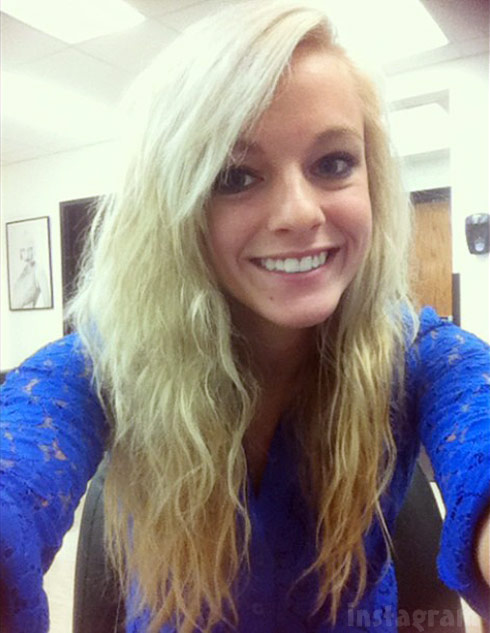 Teen Mom 3 star Mackenzie Douthit shocked her Facebook fans Monday night when she announced that she is 12 weeks pregnant! The 18-year-old mother of one also suggested later on Twitter that she is already married and has been for months!

Here’s what was posted on Mackenzie’s personal Facebook page:

And yes. For everyone wondering, im 12 weeks pregnant…. time to tell the truth

That was later followed by this lengthier post in which Mackenzie reveals she has been dealing with people inquiring about her recent weight gain. (???)

Yes I love evrryone checking on me, but yes I have reached my breaking point and have literally been through hell and back these last three days. I have kept this a secret because im probably the easiest target of all miami to judge.I only told cause people are asking why im fat lol…. So im not texting anyone back right now I need some time to myself. So sorry if ur mad cause im not textinf back. Or mad cause you didnt know about this. …

Here are a couple of screen caps: 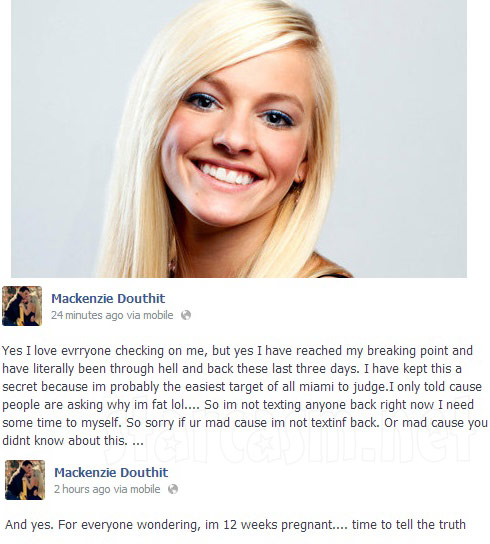 Been married for months but im not allowed to get pregs with my husband without miami girls subtweeting… do i look like I care????

im married yall and happier than all of you. God knows what he is doing…. get a life….

Mackenzie recently spent time in the hospital, tweeting “Tried not letting stress get to me but… here I am. In the hospital for a couple of days.” on August 6. She later shared photos from the hospital of her bandaged toe.

And as far as people calling her “fat,” here’s a photo from her bachelorette party late last week in which you can clearly see almost all of Mackenzie and the word “fat” doesn’t come to mind at all: 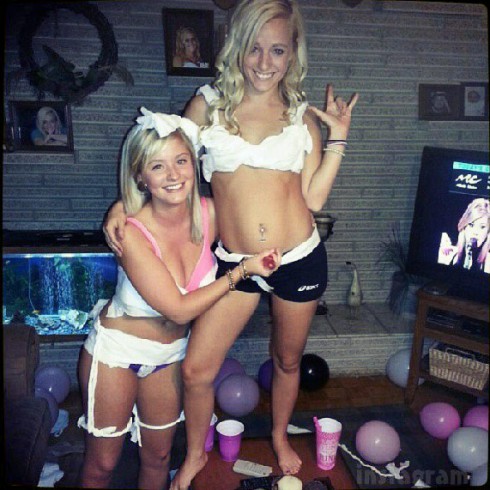 Of course, Mackenzie has always been super thin, so I guess it’s possible?

As far as the marriage thing, Mackenzie was supposed to be marrying her fiance Josh McKee this weekend, but she has cancelled and rescheduled numerous times, so I don’t know what to think! Perhaps it is a Kailyn Lowry situation and she and Josh are technically married already but were planning on having the wedding later? I suppose it would make sense that they might go ahead and make it official soon after finding out she was pregnant? (This is all speculation obviously.)

We are trying to confirm the pregnancy and marriage reports, as is everyone else. We will update as soon as we know anything more!

The Teen Mom 3 cast members are are scheduled to be in New York City tomorrow, so hopefully we will know more soon.