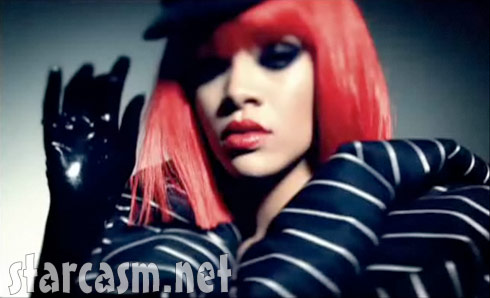 Rihanna has released a preview clip from her next music video for the single “Rockstar 101” from her album Rated R.

Rihanna once again demonstrates she ain’t afraid o’ the sexy as she struts her RiRidiculously hot bod all around the screen in what appears to be a latex mini-skirt with matching thigh-high latex boots, a blue and white striped puffy shirt, bright red hair and a blue soldier hat!

“Rockstar 101” is the fourth single from Rated R and features Slash (of Guns ‘n’ Roses fame) on guitar. It’s sure to be one of the staples in Rihanna’s upcoming “Last Girl On Earth” North American tour, which kicks off in July. Touring with Rihanna, if she can extend her fifteen minutes, will be TiK TalKer Ke$ha.

More stills from the video: 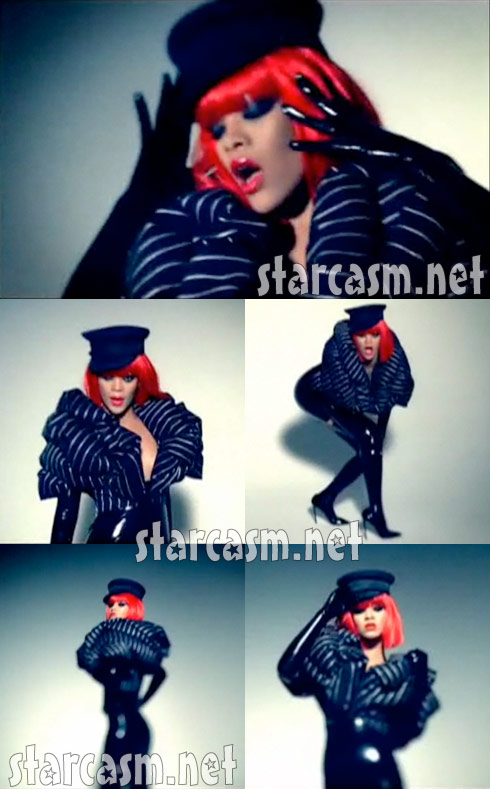 ^ Screen caps from the Rihanna music video for “Rockstar 101”

Rihanna and Azealia Banks in shade war over Trump