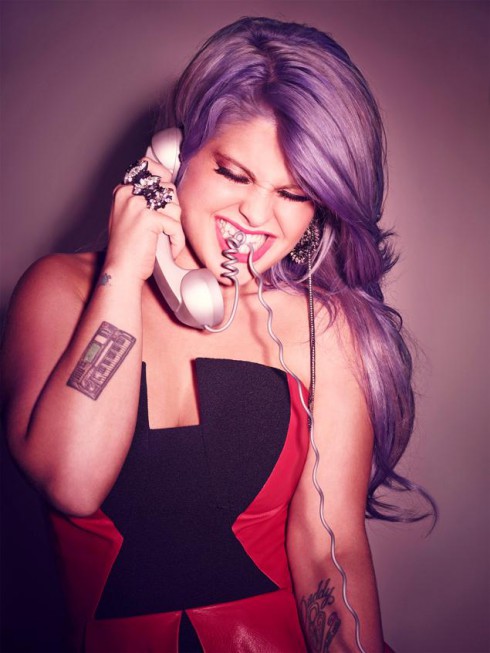 It’s no secret that 28-year-old Kelly Osbourne struggled with a deep addiction to prescription pills that started when she was a young teen while her family was participating in the MTV reality show The Osbournes.

She was introduced to heavily addictive painkillers when she was only 13. After she had her tonsils out she was given liquid Vicodin, which did more than relieve physical pain. “I found, when I take this, people like me. I’m having fun, I’m not getting picked on. It became a confidence thing,” she said in 2009.

Kelly fell further into the prescription drugs trap when she sought help for her anxiety issues, an all-too common problem. “I have crazy anxiety. I was walking around with a constant sweat moustache,” she says. “So what’s the first thing you do? Go to a doctor. They give you Xanax, Klonopin, Valium. I’d start off taking them as prescribed. Then I’d be like, ‘These are magic pills! Take 10!'” She said she was using “whatever I could sniff or swallow to not be me,” by the time her family decided to bring MTV cameras into their home.

Like many people who struggle with addiction, seeking help didn’t offer an instant cure. “I’ve been to rehab twice and two mental institutions. My mom even had me put in a padded cell once to scare me,” Kelly says of that time in the latest issue of British Cosmopolitan. “But like a brat I just sat it out until she said, ‘Well, that’s not going to work.’ But what I’ve learnt is that no amount of therapy or medication is going to work unless you want it to,” she says. “Until you want to be a good person, you will never be one.”

At the height of her addiction the main reason Kelly didn’t tell people that she had drugs wasn’t exactly to hide her addiction, it was to keep others from wanting her to share. What finally got her to turn things around was realizing that no one wanted to work with her.

Kelly is also well aware that drug addiction isn’t something you treat and are done with. When her father Ozzy Osbourne recently relapsed she commented “He’s an addict; I’m an addict. It’s going to be one of those things we battle for the rest of our lives.”

Kelly is now happily engaged to Matthew Mosshart. “I’m so lucky to have someone as special as Matthew,” she says. “I tend not to talk about relationships, because everything else is so out there and the only thing that is mine is my fiance. The only thing I’ll say is that you will never learn what love is on any level until you let someone love you the way you deserve to be loved.”

Kelly’s brother Jack Osbourne just announced yesterday that he’s expecting a second baby with his wife Lisa. Kelly is in no rush to get down the aisle or have kids right away, but she does want to have a boy and a girl eventually. She says she’s rather move to her native England to raise children so they would call her “mum” instead of “mom.”