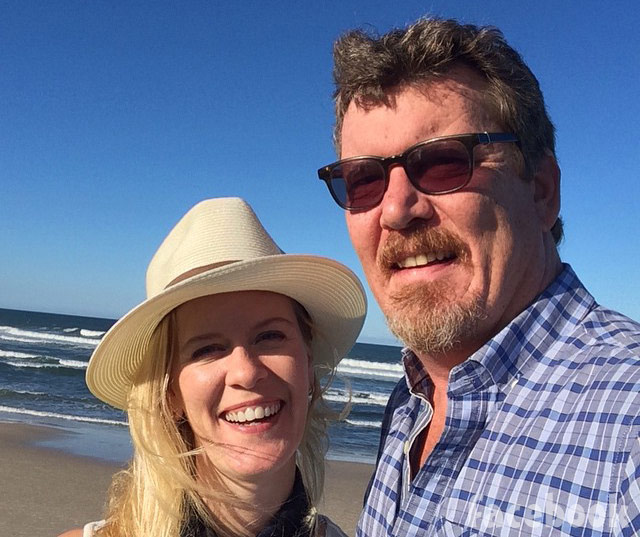 Whenever we do a Real Housewives “Where Are They Now?” story, it’s usually not a happy ending, and it often involves a mug shot photo, foreclosure, and/or bankruptcy. But, for The Real Housewives of New York City OGs Alex McCord and Simon van Kempen, their post-Bravo fairy tale is one that is both a happy ending and WTF-worthily interesting!

Just to get you caught up, Simon and Alex left RHONY in 2011 after four seasons. They were part of Bravo’s complete overhaul of the cast, which also saw the departure of Jill Zarin, Kelly Bensimon, and Cindy Barshop. “Alex and I are sad that it’s come to this,” Simon said in a statement after the firings were confirmed by Bravo. “We had a great four years. We don’t intend for this to be the final time you’ll see us on television.”

And it wasn’t the final time fans got to see Alex and Simon on TV. In July of 2012, it was announced that they would appear on the second season of VH1’s Couples Therapy with Dr. Jenn. 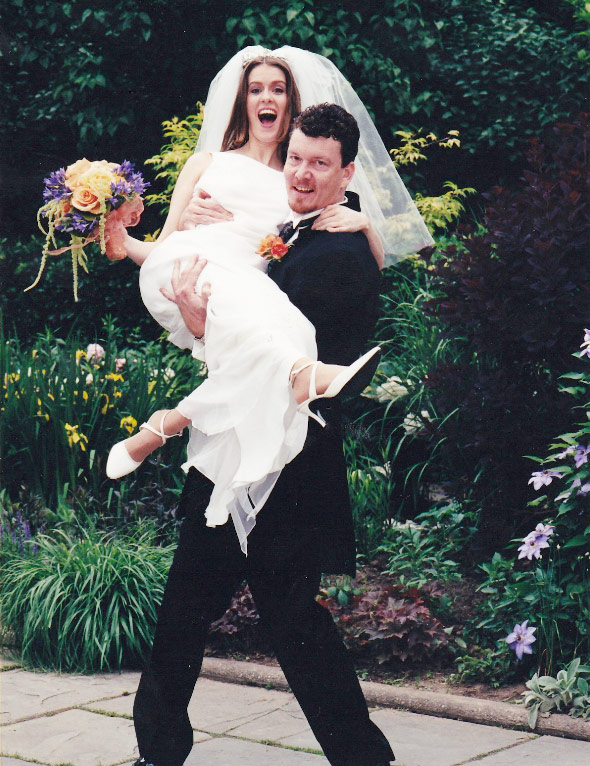 Since their appearance on Couples Therapy, Alex and Simon stayed away from the small screen for the most part, and the absence helped them gain a little perspective on their experience. “Although they’re reality shows, they swallow up your life and they become your reality,” Alex said in an interview with ABC North Coast NSW in June, “and then all of a sudden you don’t want to walk away from it because it’s such a big part of your life.”

Simon added, “One thing a lot of people don’t realize is how much the show can take over one’s life and it defines you and there’s a struggle to break free from that.”

So, late last year, the couple made a very bold decision to return to Simon’s home of New South Wales, Australia! The family of four sold their 2.6 million dollar, six-bedroom, five bathroom townhouse in Brooklyn’s Cobble Hill and, in January, moved into a beautiful new home in the Ballina Shire village of Newrybar.

Here’s a photo of their new digs (at least for one year), courtesy of Alex:

Presenting….our new home! She’s a beautiful old Queenslander and ours for the next year.

And how about that view?!

First order of business in the new house? Testing out the pool. Of course! Last day of summer; school starts tomorrow!

Alex explained their decision to relocate to Australia in a letter to The Dish in September of last year:

After 18 years in New York for Alex, and 28 years outside Australia for Simon, we’ve made the decision to move to Australia to be with family. Over the last few years, all of Simon’s family have reconvened from as far as Europe to all live within 20 minutes of each other on a collection of beautiful beaches on the north coast of New South Wales. We are the last of the family to move back, and it’s time. Our children have never had the opportunity to live within walking distance of grandparents and cousins, and with our two boys aged 8 and 10 it’s the perfect time for the extended family to enjoy each other. We both love New York City, and Brooklyn specifically, almost as much as each other; however, we’ve been there, done that and written the book—literally—on raising Little Kids in the Big City. It’s now time for a new adventure.

We both firmly believe that change is necessary in order to grow, and to do that, we need to get out of our comfort zone. When we realized that we’d quit traveling because New York was so comfortable and had everything we need, when we realized our 8 year old had only ever lived in one house—we realized it was time. 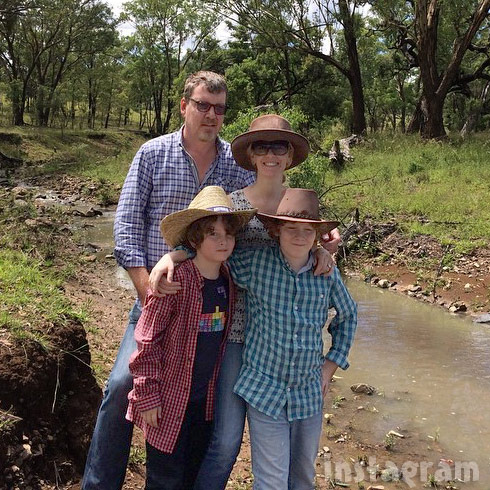 So what are Simon, 51, and Alex, 42, planning on doing to make ends meet? That is perhaps my favorite part of the story! Simon has traded in his reality show stardom…and has opened a law firm with his brother! WHUH?!?

The firm, called van Kempen & Associates, opened in July and focuses on property law and conveyancing. (Conveyancing is the transfer of legal title of property from one person to another, or the granting of an encumbrance such as a mortgage or a lien.) Here’s a photo of the firm’s storefront followed by a description of the firm from its website: 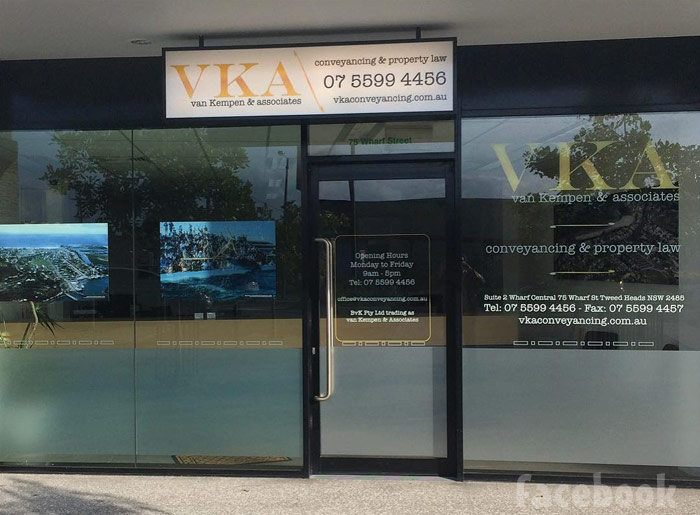 And here’s an ad for van Kempen & Associates from the Tweed Daily news in August, 2015: 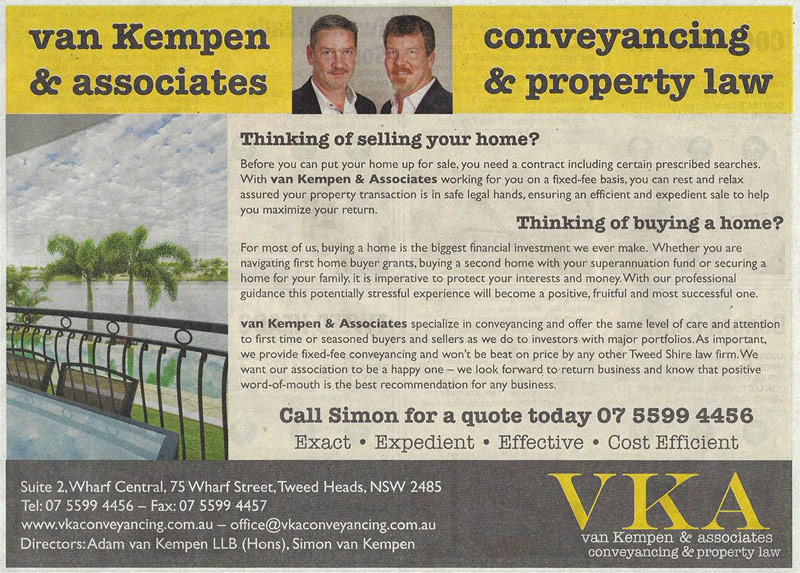 Alex and Simon’s two sons, Francois, 11, and Johan, 9, appear to be handling the international transition well. Here they are in their school uniforms: 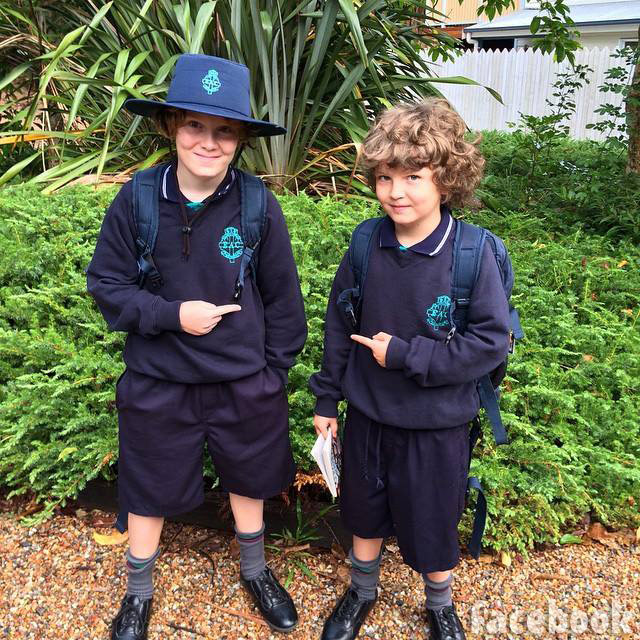 “We’re really enjoying our time here and have made lovely friends, and the boys are close to their cousins and grandparents which is what we wanted for them,” Alex told the Gold Coast Bulletin this week.

Speaking of Alex: she’s not resting on her laurels. She is reportedly studying psychology with plans to write a thesis on reality television.

Congratulations to both Simon and Alex! I’m guessing it goes against everything they are trying to do, but I would sure tune in if Bravo had a Simon & Alex Down Under reality series. Or maybe The Real Housewives of Byron Bay?

Today’s @gcbulletin featuring our family (and my favorite shoes!!)

PHOTOS All the fake tabloid covers from Couples Therapy