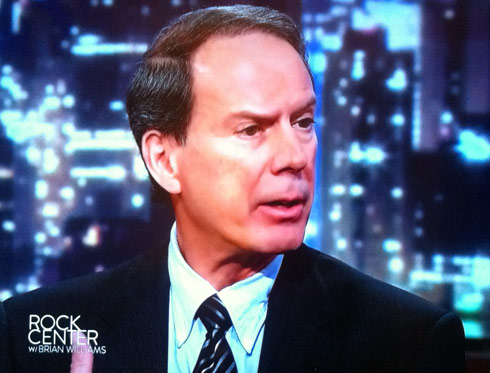 The latest bombshell in the child molestation scandal rocking Penn State University came straight from the accused man himself, Jerry Sandusky. He went on air with Bob Costas last night and denied being a pedophile.

Sandusky’s attorney, Joe Amendola, appeared on set as part of this process and presented some of the means by which he plans on defending his client. He stated:

“We expect we’re going to have a number of kids – now how many of those so-called eight kids we’re not sure – but we anticipate we’re going to have at least several of those kids come forward and say this never happened, this is me, this is the allegation, and it never occurred. In fact, one of the toughest allegations – the McQueary allegations – what McQueary said he saw, we have information that that child says that never happened. Now grown up.”

It looks like attorney Amendola might have a somewhat questionable past of his own. The Daily is reporting that Sandusky’s lawyer, 63, impregnated and later married a teenage girl by the name of Mary Iavasile. Amendola served as her attorney for an emancipation petition on Sept. 3, 1996, just weeks before her 17th birthday.

Shortly thereafter Iavasile became pregnant with Amendola’s child and gave birth before she turned 18-years-old. This is according to Iavasile’s mother, Janet Iavasile. Amendola was approximately 49-years-old at the time. Janet Iavasile stated:

“At the time, I didn’t know the extent of the relationship. She met him through the school district; she was interested in the law.”

Court records do show that the two got hitched in 2003, around the time that she gave birth to their 2nd child. The two have since separated but she maintains his surname. It’s important to note that the age of consent in Pennsylvania is 16.

When Mary was contacted by The Daily she stated that, “all of the information is incorrect,” in regards to her mother’s claims. She did not provide any details as to why she discredited her mom and Joe Amendola has not replied. Interestingly, The Daily added that Mary is looking to distance herself from the Sandusky case going as far as to change her name on Facebook to Mary Christmas.

During last night’s interview Amendola was asked by Costas if he would allow Sandusky to be alone with his children. Amendola stated:

“Absolutely. I believe in Jerry’s innocence. Quite honestly Bob, that’s why I’m involved in the case.”

Mary immediately posted the following to her Facebook page:

“OMG did Joe just say that he would allow my kids to be alone with Jerry Sandusky?”

This story is so pervasive now anyone involved better go ahead and unearth any skeletons they may have because they’re coming out anyway. While no laws were broken here by Amendola, it does bring into question his credibility if he acted as an attorney to file for this young woman’s emancipation sans any notification that they were an item and then just a short time later became the father of her 1st child. 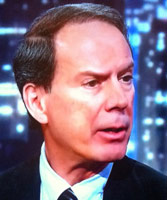