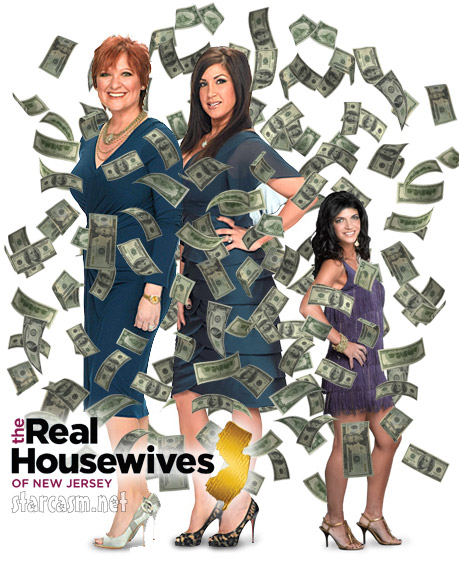 The most infamous of Bravo’s Real Housewives Teresa Giudice is reportedly holding out on contract negotiations with the network – not because she wants more money than her fellow cast members but because she wants the same amount.

What? Here’s the scoop from PopEater:

Real Housewives of New Jersey‘s bankrupt table-flipping matriarch has been offered $250,000 for the upcoming season of the show, which is the same as returning castmates Caroline Manzo and Jacqueline Laurita. But, Bravo also offers an additional $20k to the adult children appearing on the show, of which Jacqueline has one and Caroline has three. Teresa has four daughters who are all minors, which makes it difficult for Bravo to compensate the family without running into issues with child labor laws.

The end result is that the Manzo family will be bringing in $310k, the Lauritas $270k and the Giudices are set to receive the minimum $250k.

“Teresa understands her children can’t get paid because of issues with child labor laws, but she just she just wants them to have a college fund,” an inside source tells Rob Shuter of PopEater. “It’s actually harder for Teresa because her children are small,” the source says. “She doesn’t have a nanny, and she needs to pay babysitters when Bravo forces her to leave town for filming and press.”

I’m not usually one to side with Teresa on anything other than Danielle Staub, but it sure seems ridiculous that she is making the same (herself) as Caroline Manzo and Jacqueline Laurita! I think Caroline and Jacqueline are smart, kind women but as far as reality television characters they are a complete snooze! Bravo should shell out the $20k each for the Manzo and Laurita offspring and then just slap some shiny dresses on a couple lawn Santas – it would save them close to half a million dollars and be just as not fun to watch!

How did Joe Giudice’s father die?