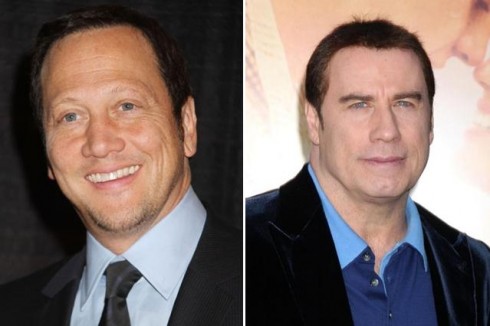 What is shaping up to be the most brutal one liner from yesterday’s Friars Club roast of director Quentin Tarantino actor Rob Schneider had a little something to say about John Travolta’s noted absence.

Instead of appearing in person, Travolta sent a congratulatory note to Tarantino whom one could argue was personally responsible for resurrecting the actor’s career by casting him in the unforgettable film Pulp Fiction.  Well Schneider had a possible excuse for Travolta’s no show.  Be warned this could offend the light hearted!

“There was a ‘F*gs in Denial Who Believe in Aliens’ convention.”

Ouch!  And this came from the dude who has starred in such classics as Deuce Bigalow, Little Nicky and The Animal.

If you aren’t in on that incendiary joke you can catch up on all things Travolta here.