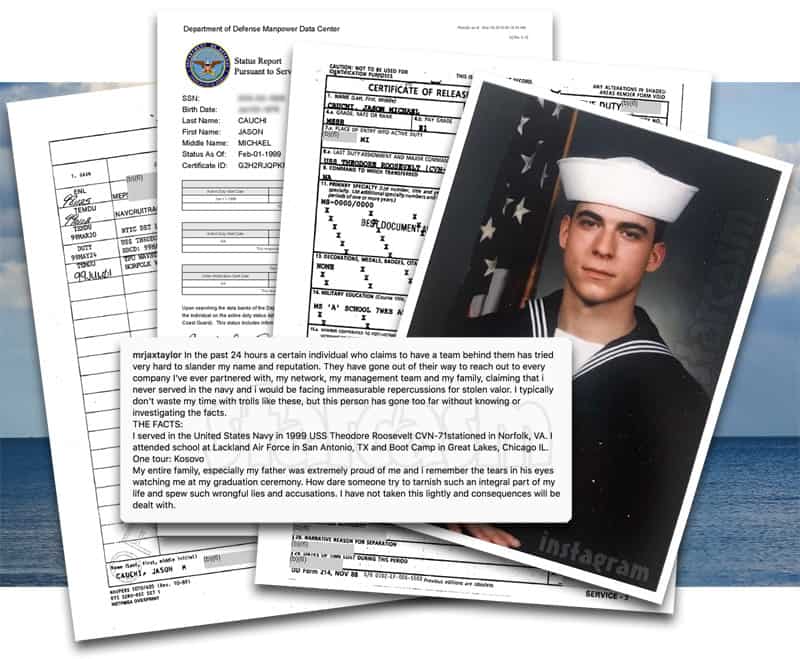 There has long been a cloud of suspicion over Vanderpump Rules star Jax Taylor’s claims to have served in the U.S. military. Jax has previously stated that he served four years in the Navy, and was stationed aboard the aircraft carrier Roosevelt out of Norfolk, Virginia. There were numerous reasons to be suspicious of Jax’s claims, including the fact that he never really shared any photos from his time in the Navy. Plus, serving four years in the Navy didn’t really fit with the timeline of his life during that time.

After a recent concerted effort to get to the truth by “a certain individual who claims to have a team behind them,” Jax took to Instagram to explain his history in the Navy in detail — a claim that has since been backed up with military records. However, it does appear that Jax fudged the amount of time he served — by quite a bit.

Here is Jax’s Instagram post, which was accompanied by a photo of him in his Navy uniform: 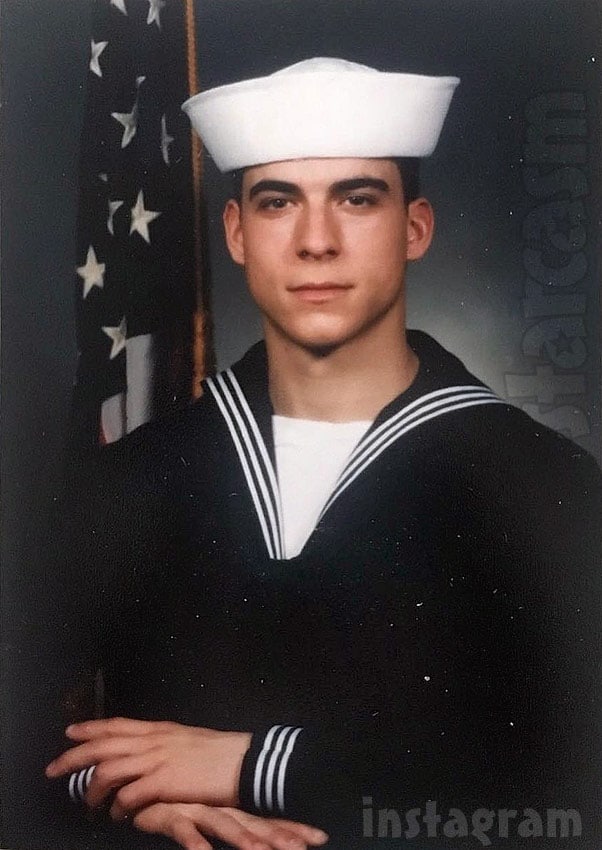 In the past 24 hours a certain individual who claims to have a team behind them has tried very hard to slander my name and reputation. They have gone out of their way to reach out to every company I’ve ever partnered with, my network, my management team and my family, claiming that i never served in the navy and i would be facing immeasurable repercussions for stolen valor. I typically don’t waste my time with trolls like these, but this person has gone too far without knowing or investigating the facts.

THE FACTS:
I served in the United States Navy in 1999 USS Theodore Roosevelt CVN-71stationed in Norfolk, VA. I attended school at Lackland Air Force in San Antonio, TX and Boot Camp in Great Lakes, Chicago IL.

My entire family, especially my father was extremely proud of me and i remember the tears in his eyes watching me at my graduation ceremony. How dare someone try to tarnish such an integral part of my life and spew such wrongful lies and accusations. I have not taken this lightly and consequences will be dealt with.

Just as Jax states in his post, the accusation of “stolen valor” is a very serious one. Dave Hardin from the website thisainthell.us was able to track down Jax’s actual military records, and they confirm Jax’s enlistment. However, they indicate that Jax was discharged after a little more than six months. According to the records, he was stationed aboard the USS Roosevelt for all of 37 days.

Here is the timeline of Jax Taylor’s time in the Navy:

March 20, 1999 – Jax Began training at the Lackland Naval Technical Training Center in San Antonio, Texas as a mess specialist (MS), which essentially means he was training to work in the kitchen. (The Navy has since changed the classification to Culinary Specialist because it sounds better. Although I think calling Jax a Mess Specialist is pretty much dead on!)

There is no indication as to why Jax was discharged.

#PumpRules star @mrjaxtaylor says he served 4 years in the Navy after dropping out of college twice. I got curious and gathered up all the info I could find about it, which turned out to be very little – and just a tad suspicious? ? https://t.co/jT7HcisvwE

In case you missed it, Jax did a Q&A session with The Daily Dish in November of 2016, during which he was asked about his time in the Navy. Jax’s response:

I was in the Navy for four years, and I was stationed in Norfolk, Virginia on a aircraft carrier called the Roosevelt. I was a specialist. I drove, like, special forces around — Navy SEALs and stuff like that.

The comments section of the This Ain’t Hell post provides some additional information, including a link to the USS Roosevelt’s logs that reveal the aircraft carrier was deployed to support NATO’s Operation Noble Anvil in the Ionian Sea at the time Jax was aboard. Oddly, Jax was deployed mid-mission, and he left before it was over:

During Operation Noble Anvil (Allied Force), Between April 6 and June 9, aircraft from Carrier Air Wing (CVW) 8 flew 4,270 sorties, of which 3,055 were combat and delivered 800 tons of ordnance on targets throughout the Federal Republic of Yugoslavia. These sorties involved essential combat support missions, such as close air support, battlefield airborne interdiction, electronic support and airborne battlefield command and control, as well as strike missions.

It’s clear that there must have been some sort of reason for Jax’s rather prompt discharge after 37 days aboard the USS Roosevelt, but that mystery must be left for another day.

Was Jax Taylor really in the Navy for 4 years? Here’s everything we know

PUMP RULES Stassi Schroeder single and loving it, but Million Dollar Matchmaker might be in her future