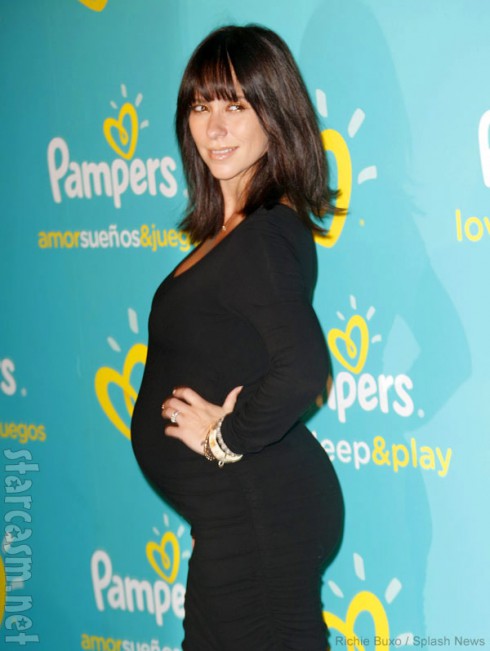 It was announced in early June that The Client List star Jennifer Love Hewitt was pregnant with her first child, but since that time she has only made one public appearance back on July 13. On Wednesday the 34-year-old expectant mom returned to the red carpet showing off her sizable baby bump in an elegant body-hugging long-sleeve black dress at the Pampers Celebrates Love, Sleep and Play event held at Grand Central Station in New York City. But, her growing belly wasn’t the only change in her appearance — Jennifer also trimmed her lengthy hair down to shoulder length and was sporting bangs! 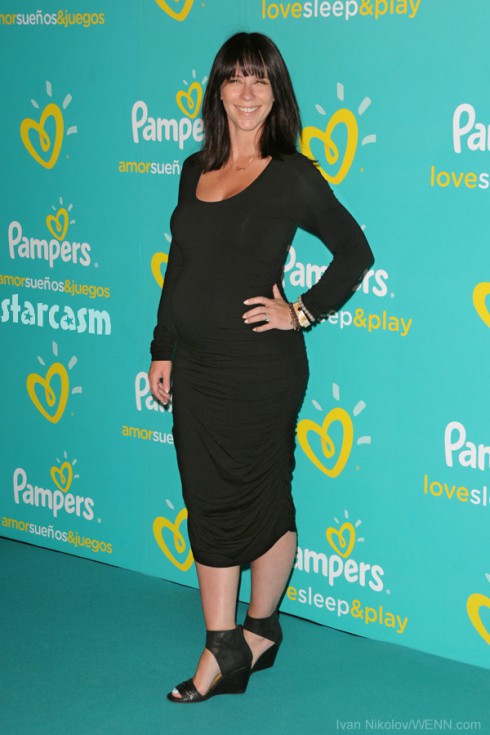 Now let’s move on from bangs to bling and check out Jennifer Love Hewitt’s engagement ring from fiance (and The Client List co-star) Brian Hallisay: 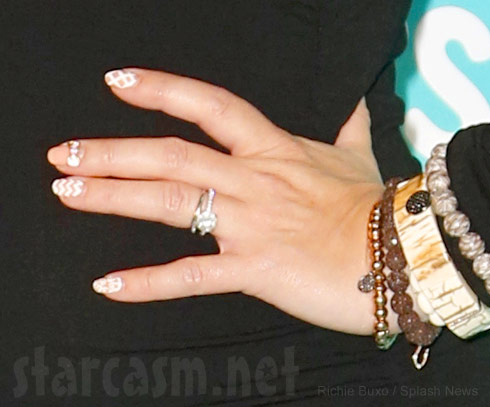 In addition to returning to the red carpet, Jennifer Love Hewitt also returned to Twitter to promote her appearance and the Pampers Celebrates Love, Sleep and Play campaign. (In case you missed it, J-Love quit Twitter back in early July, just a month after announcing she was pregnant with her first child, citing “negativity,” “bad vibes” and even “threats” as the reason for her departure.)

Actually, she returned to deliver one of her trademark positive messages on August 10, writing, “I hope all of you are having a restful and wonderful positive weekend!” Then she shared a couple tweets last week and today about the Pampers event:

Thanks @Pampers for celebrating all of the ways babies love, sleep & play #pamperslovesleepplay #ad http://t.co/J1I5Vmz1cg

Welcome back to Twitter @TheRealJLH! It hasn’t been the same without you! 🙁

Now, let’s get back to dat belly y’all! 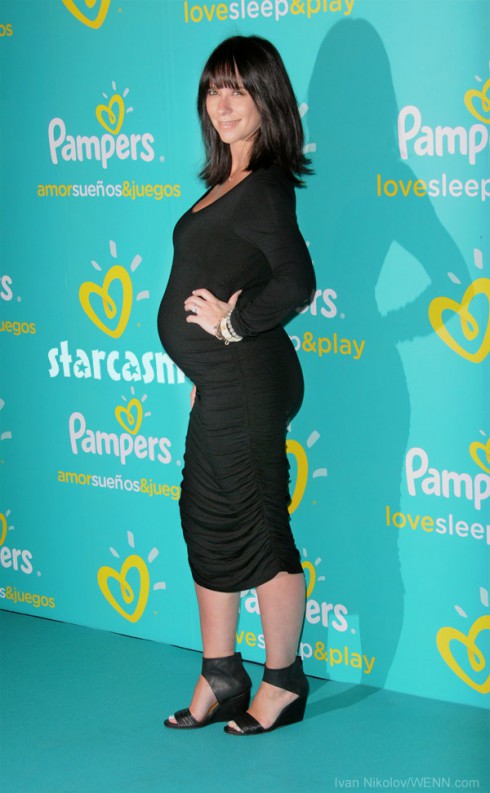 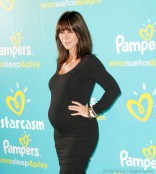 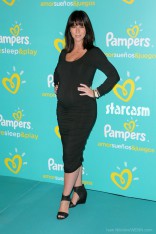 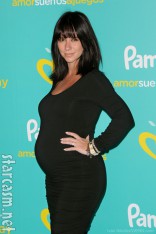