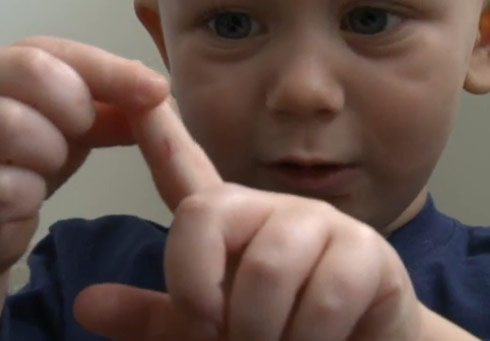 2-year-old Madden Jenks was on the shoulders of his father playing like a big boy on the monkey bars of his neighborhood park in East Moline, Illinois when he got injured by a razor blade.

After the incident, a police spokesman said that nearly a dozen razor blades were found glued to the playground equipment at Millennium Park. Lieutenant Brian Foltz said, “I’ve seen a lot of things, but not razor blades glued to equipment at a park. East Moline parks are safe, but it’s just a bad situation, bad instance where somebody, or maybe a group of kids, I don’t know who did this, but figured this would be a fun prank to do.” 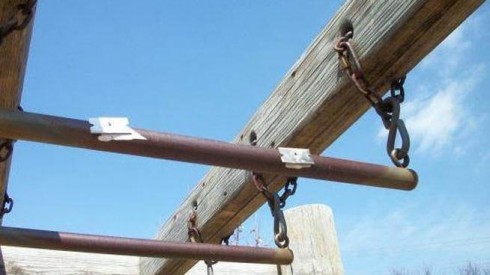 The injury to little Madden happened on Monday at around 12:45 PM local time.

“All the razor blades were placed up, so when you grabbed them it would hit their wrists or your hands. It’s pretty sick. Psychotic. Luckily, it wasn’t deeper. He wasn’t old enough to put his weight on the monkey bars. What if he didn’t cut his hand and he slit his wrist?” 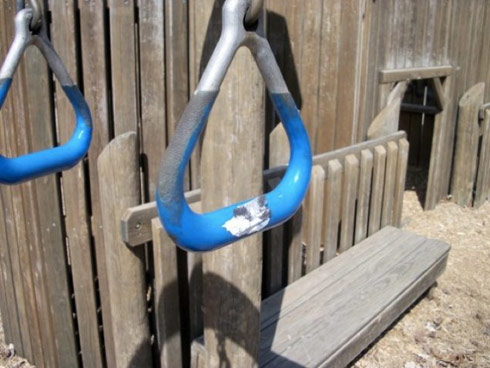 “I was so upset. It could have been horrible. It could have sliced his hand open completely, if he was older and he was really swinging on the monkey bars and grabbed it. He was just lightly touching it. If he was older, it would have mutilated his hand. I don’t know why they would think about hurting children. Why would that be something to come into your mind, to put razor blades at a children’s park?”

Police are still looking for those responsible for the crime.

Teen rips off pinkie at rave, “hard bass” allowed him to party on