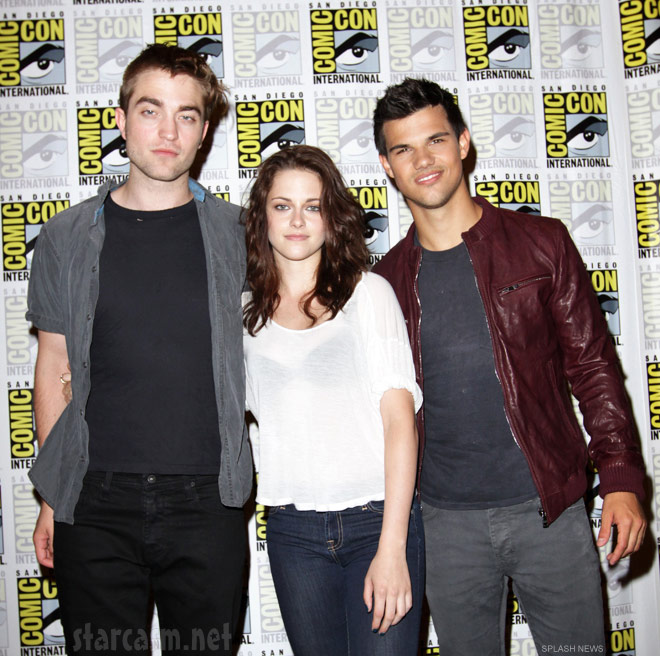 Fresh on the heels of Harry Potter and the Deathly Hallows Part 2 selling more tickets than there are humans on the planet, Twilight fans are getting ramped up for their two-part franchise-ender Breaking Dawn, the first part of which is due out November 18.

To promote the sure-to-be blockbuster, some of the cast members participated in a press conference and Twilight: Breaking Dawn Part 1 panel discussion at 2011 San Diego Comic-Con earlier today, including the Twilight holy trinity of Robert Pattinson, Kristen Stewart and Taylor Lautner!

(giving it a moment to let the screams subside) 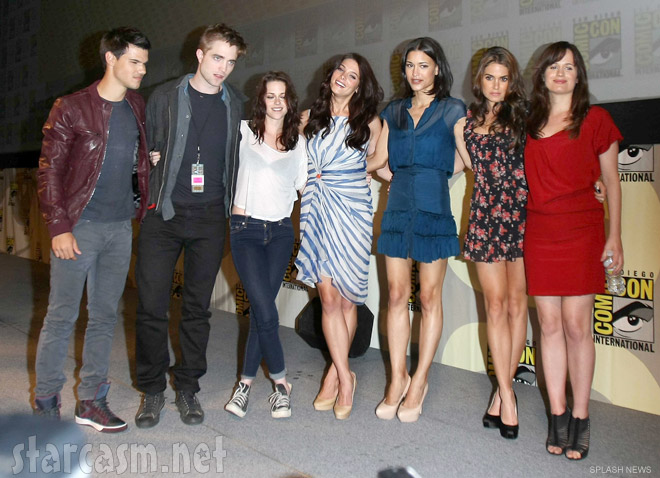 Buuuuuuuuuttttt… we know why you’re here! Here are some more photos of R Patz, K Stew and T Laut: 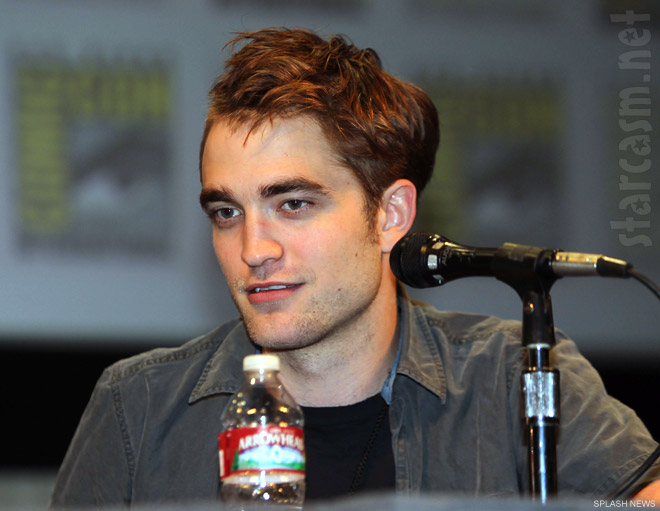 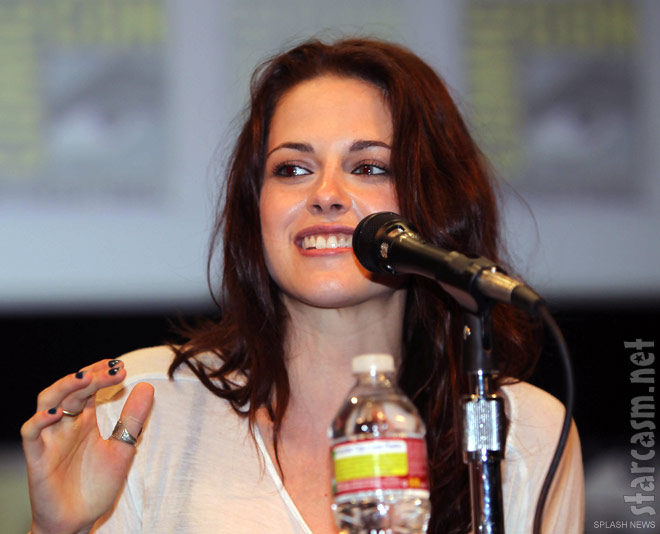 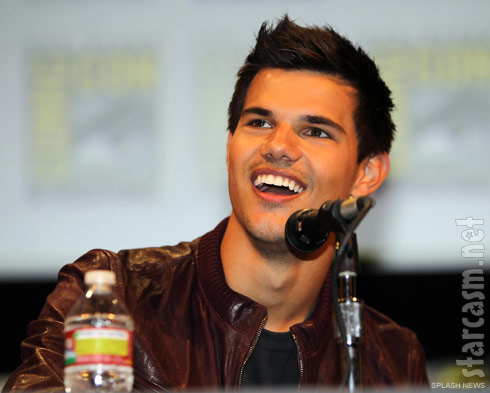 And one last parting shot of Kristen Stewart in her semi-see-through top (with black bra), jeans and black Chucky Ts! 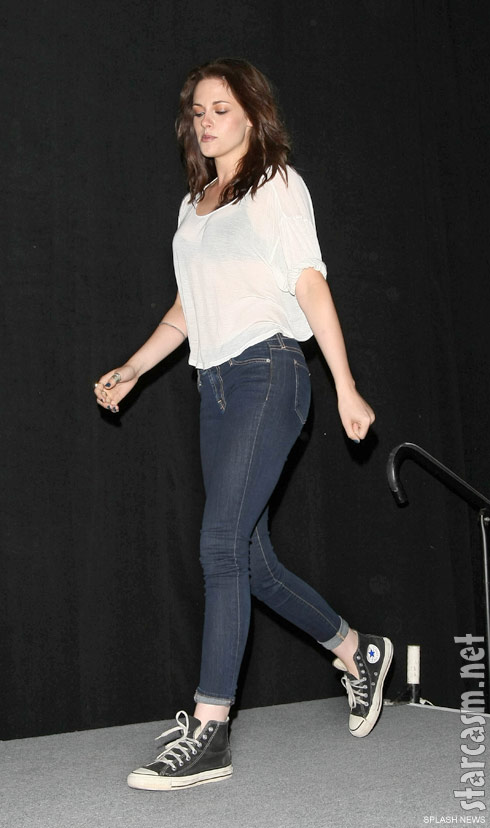