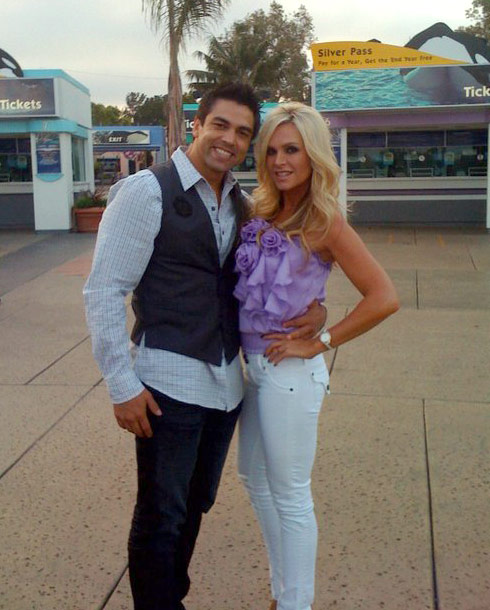 As usual the new season of The Real Housewives of Orange County brings all sorts of changes, including new cast members, newly single housewives and for recently divorced Tamra Barney, a new boyfriend!

After her relationship to husband Simon Barney fell apart in a very nasty manner in front of Bravo cameras for all the world to see, Tamra soon rebounded with the tan and hunky Eddie Judge, who just so happened to be a friend of Simon’s. (As you could probably guess, Simon didn’t react to the union very well – you can read all about that HERE) 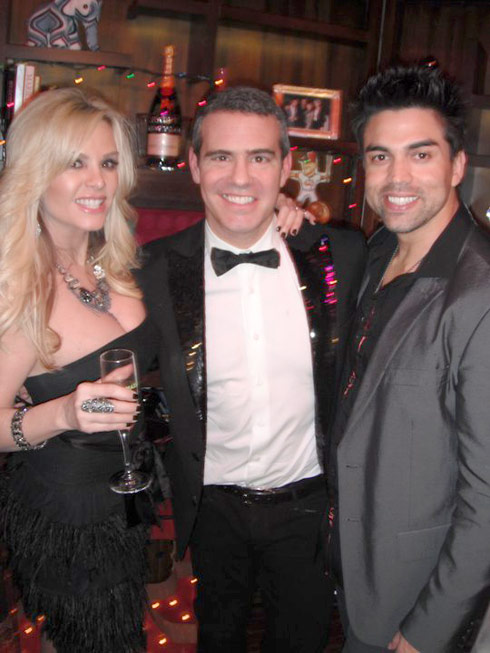 I confess that Tamra wasn’t high up in my Housewives rankings when I first started watching her and the rest of the OC ladies, but things started to change when Gretchen came on board, and by the time the unpleasantness with Simon had completely unfolded I found myself a big fan. Tamra is strong, smart and sexy and I think it’s great that she’s able to move past her relationship with Simon (regardless of who’s side you were on, you pretty much have to admit those two had become toxic for each other).

I’ve collected a number of photos of Tamra Barney and Eddie Judge from Tamra’s Facebook fan page, including a number with other Bravolebrities. I’m assuming we will be seeing a lot of Eddie this season so we will soon find out if his personality is as attractive as his physical appearance! 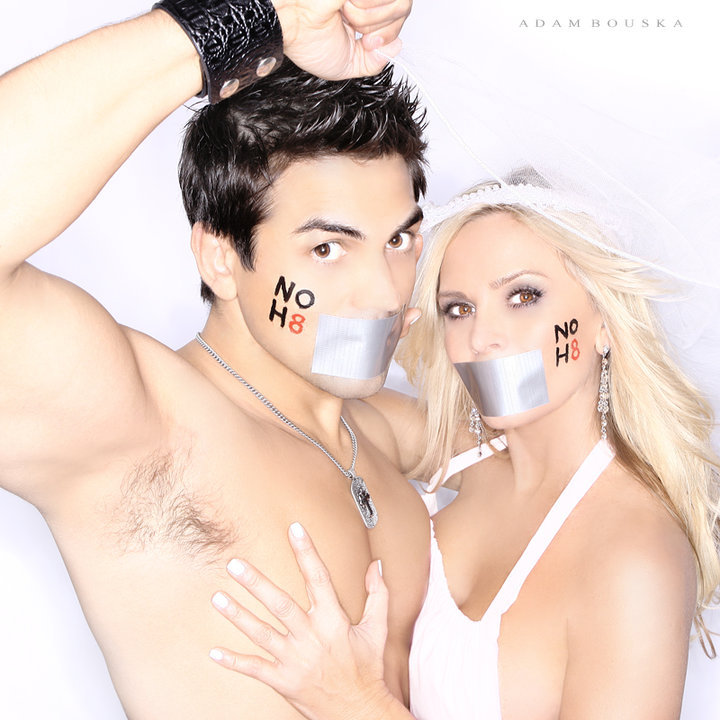 ^ Tamra Barney and Eddie Judge pose for the No H8 campaign. (Photo by Adam Bouska) 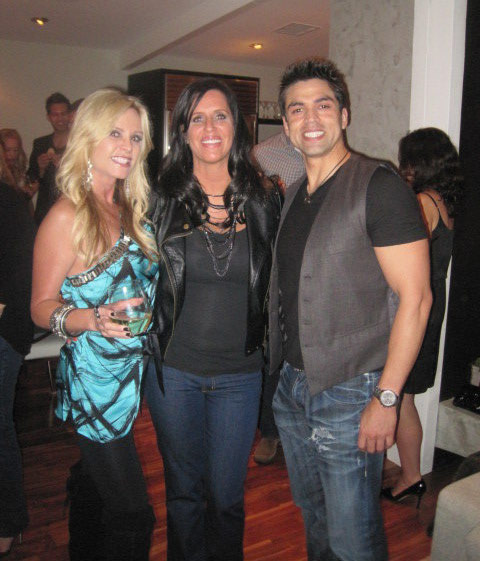 ^ Tamra Barney, Millionaire Matchmaker Patty Stanger and Eddie Judge. From Tamra: “Patty loved Eddie and said he was the perfect match for me!” 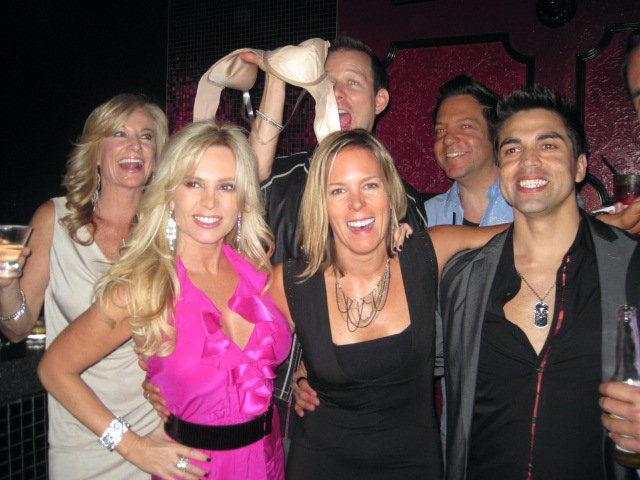 ^ From Tamra: “yes that was my bra…LOL it kept showing so everyone told me to take it off…SO I DID!” 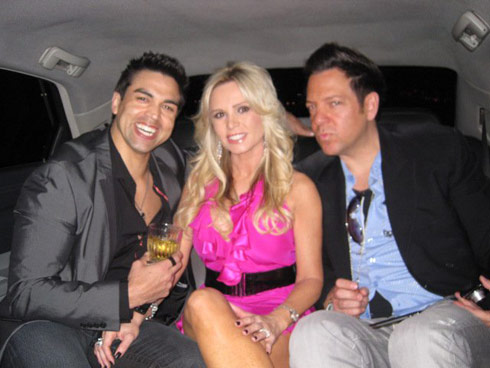 Tune in to see Tamra and meet Eddie every Sunday night on The Real Housewives of Orange County at 10|9c on Bravo!