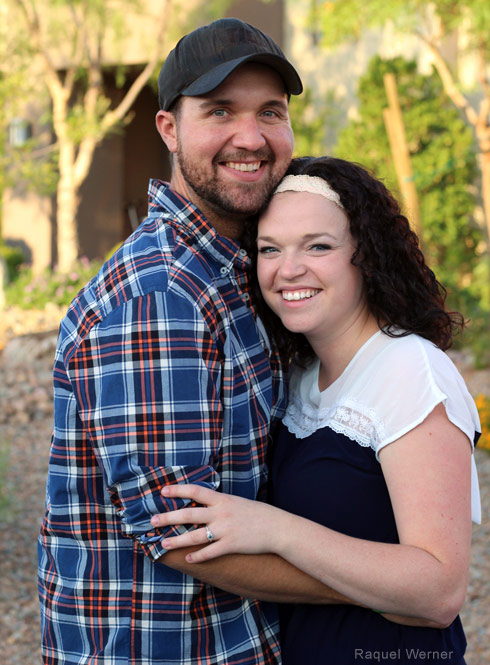 19-year-old Maddie spoke with People about the engagement, revealing that 28-year-old Caleb asked her dad Kody for permission before popping the question at a romantic lookout locale while taking a break from an ATV outing. 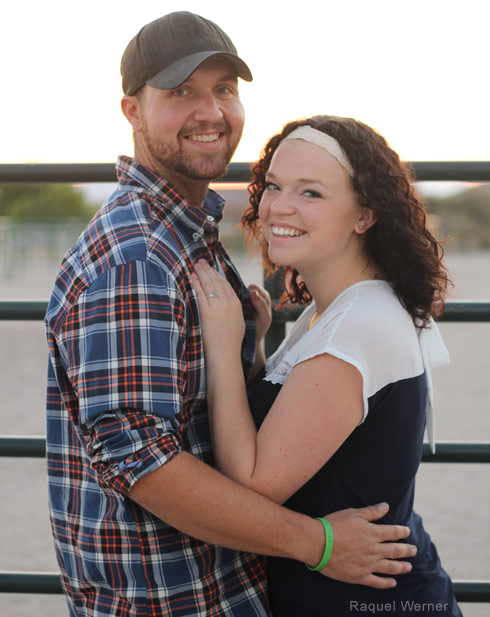 “It was cold and we were huddled in jackets and I thought he was crazy to stop,” Maddie recalls. “He said to come look over here. So I walked with him to the edge. He told me he could never express how much he loved me, but he wanted to spend his life trying, and went down in one knee and pulled out a box. I started kissing him and saying, ‘Yes, yes!'”

The engagement ring featured a blue diamond, and Maddie posted a photo of her new finger bling on Instagram:

Here is a zoomed-in shot: 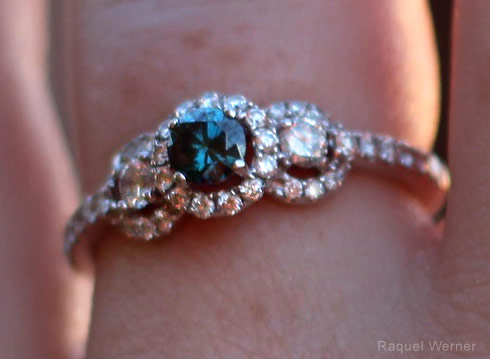 “We are making plans for a wonderful outdoor wedding, hopefully in the country,” Maddie says. She is currently living in Montana–where Caleb is from, and where he works as an equipment repairman in a mine. It’s unclear at this time how or when Maddie and Caleb met, but she’s been posting photos with him online for more than a month.

Here is the first from July 27: 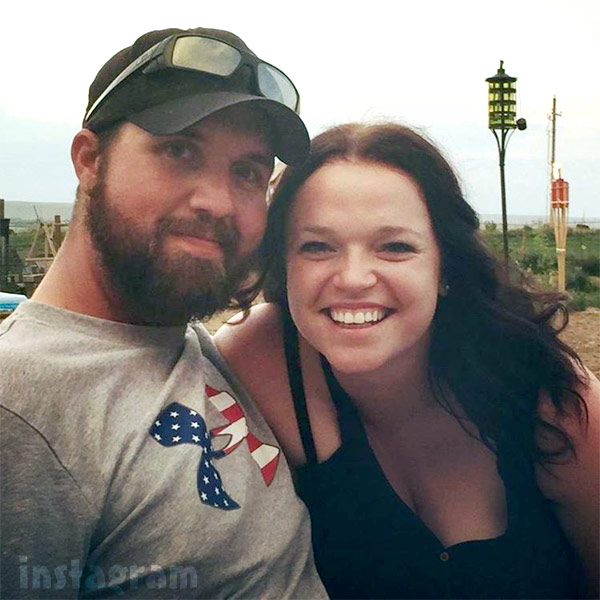 “Thank you for making me laugh everyday and teaching me about the difference between a 30-06 and a 7mag,” Maddy wrote along with the picture. “I kinda dig you ??”

Last year Maddie was a freshman at Utah State University, and her departure was an emotional moment featured on Sister Wives. So, is she returning for her sophomore year? An Instagram commenter asked Maddie on July 27, “Are you back at USU this year?” Maddie responded with, “No, not this year.”

Meanwhile, the congratulations are pouring in online, especially from Maddie’s many, many family members. Here are some samples from Twitter:

So happy we finally get to announce this! Congratulations @MaddieR_Brown and Caleb!! http://t.co/aXmwknRlVI

We’d like to add ours to the pile and say CONGRATULATIONS to Maddie and Caleb! We can’t wait for the first of what promises to be many Sister Wives offspring weddings! 🙂

UPDATE – Maddie revealed on a recent episode of Sister Wives that she met Caleb when her uncle, Kody’s brother, Curtis Brown died in 2013. Caleb is the brother of Curtis’ wife Erica.