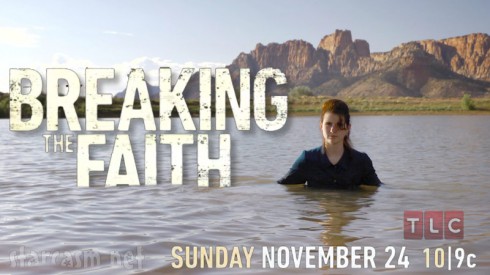 TLC drew a lot of criticism for its Breaking Amish reality series after claiming it would “shed light on many ‘firsts’ for the cast members,” including “wearing jeans” and “using a cell phone” among others. It was later revealed that the cast members were all too familiar with these “firsts” given the fact that they had all left their respective Amish and Mennonite communities some time ago and had all already become adjusted to the “English” life before being cast on the show.

As you might expect, when TLC announced they would be airing a similar series based on former members of the controversial Warren Jeffs led FLDS (Fundamentalist Church of Jesus Christ of Latter-Day Saints) titled Breaking the Faith, many were skeptical just how truthful the series would be. (It should be noted that in its description of the show, TLC avoids using terms like “document,” “true story” or “reality” and instead merely says the show “shares the story of eight young men and women who are trying to build a new life outside of the FLDS – either by choice, or by force,” which could easily allow for fictionalization.)

Judging from evidence gathered mainly by the diligent polygamy/Mormon fundamentalist Tumblr blog The Principle – Politics R Us, it seems TLC and Hot Snakes Media (the production company behind Breaking Amish and Breaking the Faith) are sticking to the tried and relatively untrue formula used for Breaking Amish for the new series in that they have gathered together actual former members of the FLDS to act out a scripted narrative.

For example, Martha Barlow, one of the young women hoping to be rescued from the FLDS community, actually left in 2011. She was part of a panel discussion at the Safety Net Committee Conference in February of 2012. (The panel also included another TLC reality tar, Sister Wives son Logan Brown.) Here’s an excerpt from an article from The Salt Lake Tribune on the panel discussion as well as the findings of a survey of 90 young former members of the FLDS:

Martha Barlow’s education ended in the fifth grade, when she was pulled out of school to work in a cabinet shop and a farm. She didn’t get back until eight months ago, when she left the Fundamentalist Church of Jesus Christ of Latter-Day Saints.

Starting again in the 11th grade, she initially struggled to catch up on her academics, working on math through her lunch hour. But she got back up to speed in a year.

The Principle blog also reveals information about Angie Jessop, including that she currently lives with her dad, who is also a former member of the FLDS. The blog shared a photo of Angie back in 2009, obviously well before there was any talk of a show — you can see that photo here.

And here’s a tweet from what I believe to be cast member Matthew Jeffs’ Twitter account that seems to suggest the happenings on the show weren’t exactly the natural course of things:

Doing this TV show was a good vacation, but I'm so dang glad today is the last day of filming for this season. Good to be back home.

On a side note, in Matt’s TLC bio it say he wants to become a private investigator, and judging from the only other tweet from his account, he is working towards that goal — or at least he’s doing physical training he compares to that required of police cadets: “Holy sh!t! Just got done with a workout that not even 90% of police cadets can’t do. Ya! I’m exhausted.” I’m not sure if he is actually in cadet training school or not. (His Twitter profile picture is a stock photo of military police officers.)

The Principle also managed to gather together some other social media tidbits from over the last four or five months (before it was known what the show would be called) that seem to be further evidence of the scripted nature of the show.

Here’s a tweet that Elizabeth Harris, an audio engineer that currently works for a Salt Lake City based media company, posted back in early August: 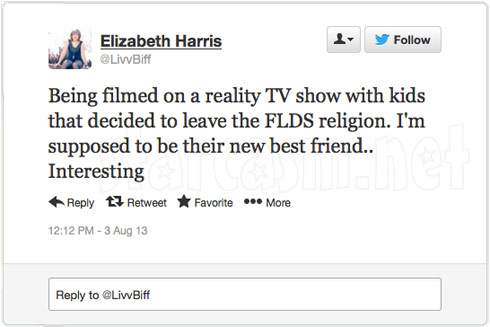 I guess we should keep an eye out for Elizabeth on the show!

Here’s a Twitter conversation from early August about a house party of sorts being filmed for the show: 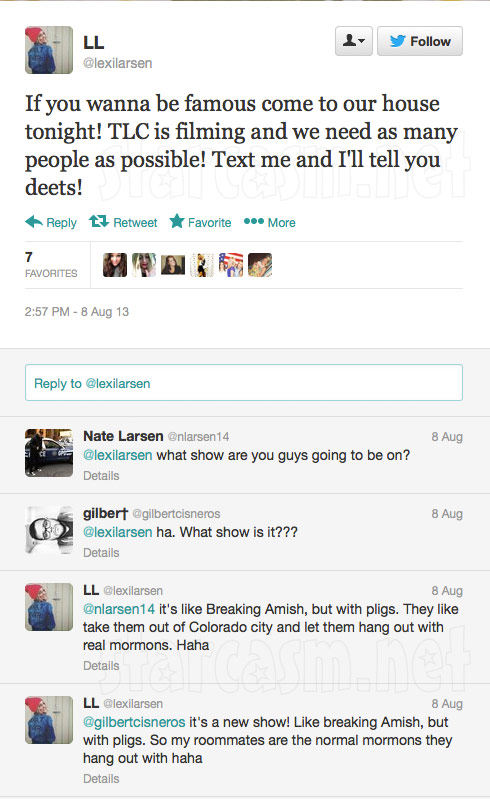 And speaking of Breaking the Faith house parties, check out this photo from instagram and the description: 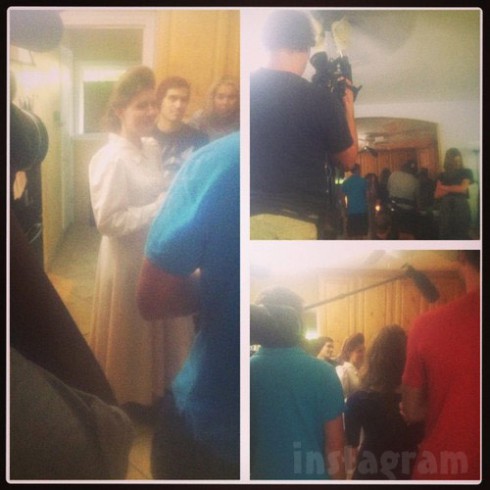 “TLC has been paying my sister to be on this new show about kids from the FLDS (my sister isnt one, shes just befriending them) and so theyre at her house filming.”

“theres a chance we could all be on tv :p #tlc #coolstuff #utah”

There’s also a rather fun photo of Martha playing Twister shared by the same instagram user: 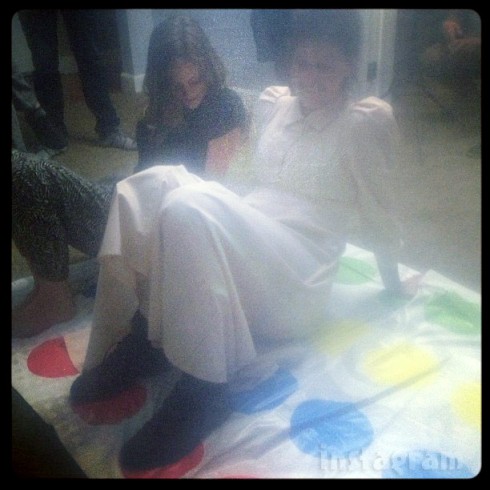 In summary, the storyline of Breaking the Faith in which the male cast members plan a mission to rescue the female cast members who are still living as part of the FLDS community, is apparently fake. But, TLC and Hot Snakes Media have cast real deal former FLDS men and women for the series, and although I’m sure a lot of folks will be frustrated by the fact that the narrative they see on the show ha been scripted, there’s no reason to think producers won’t try to be accurate in their portrayal of the lives of young men and women before and after leaving the FLDS. In other words, though sensationalized and scripted, I still think Breaking the Faith could be an informative series for those of us that know nothing about the lives of those living as members of the Fundamentalist Church of Jesus Christ of Latter-Day Saints.

I suppose we will have to wait and see when Breaking the Faith Premieres tonight at 10/9c on TLC! (After that it will continue to air on Sunday nights at 10/9c.)

Thanks again to the diligent work of The Principle – Politics R Us Tumblr blog. Be sure to check it out as the site promises more profiles of the cast members coming soon! (You can already find out more about Martha Barlow, Angie Jessop, and Zack Jeffs — including information about Zack and Matt’s dad Lyle Jeffs and his nine wives!)