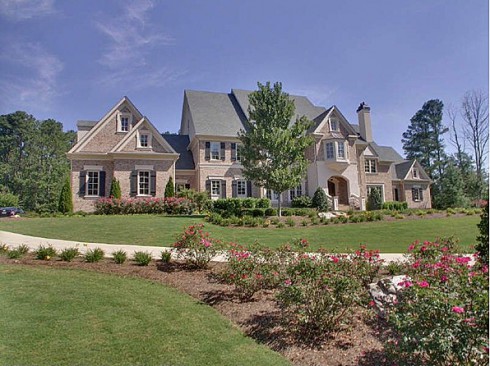 Tonight on Real Housewives of Atlanta Kim Zolciak moves her family (including new baby KJ) into her dream house! The Roswell, GA house is listed at $3.25 million, and while the listing was recorded as being removed from being on sale May 1, 2011 on Zillow.com, it looks like the last time it sold was 2007.

So, based on that, and the fact that Kim’s frenemy tweeted that Kim was renting the house from someone named Kendra, it looks like Kim is renting her dream home! Not that that’s a bad thing! In the words of Phaedra Parks, “Everybody knows” that you can’t get all your info from the tweet of a frenemy, so we checked the Fulton County property records and found that, sure enough, two people named Kendra and Antonio L Davis own the property that Kim’s luxuriating in! The estimated rent according to Zillow.com should about about $8,000, which is a bit less than the mortgage payment would be with taxes and all that.

The recent housing crisis taught us all that renting can be a smarter move than owning, and it makes even more sense with a luxury home like this while you’re on the top of your entertainment career. If they decide to downgrade (or possibly upgrade if Kim somehow swings a Bethenny Frankel empire,) or if Kroy gets traded, they don’t have to worry about the headache of selling this house. Plus, the house is playing a big part in RHOA, and Kim’s upcoming solo reality show Don’t Be Tardy For the Wedding. At this point, it could be viewed as a necessary expense.

UPDATE: While filming the reunion special, Kim Z. said she and Kroy were about to actually buy this house. When host Andy Cohen asked if she was spending her and Kroy’s money too quickly, she replied that they weren’t stupid, and knew what they were doing. She further explained that they could afford a whole lot more than the house and car they had. She also said the house was $2 million, so it sounds like she got a deal.

Anywooo, below are some pics of the house from Zillow via Straightfromthea.com. These were listing photos, so this isn’t Kim’s furniture (in fact, on the show she hires an interior designer (who is also named Kendra, so she’s probably the person Kim’s renting from) to deck out the whole house in about a week.) The house comes with the whole nine: a theater, basketball court, pool, gourmet kitchen, intimidating staircase, etc. 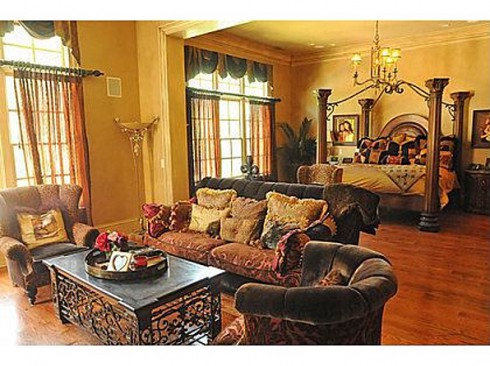 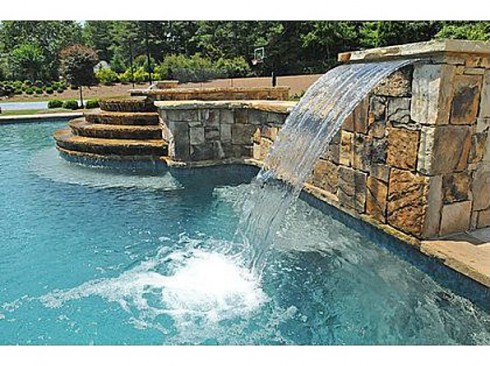 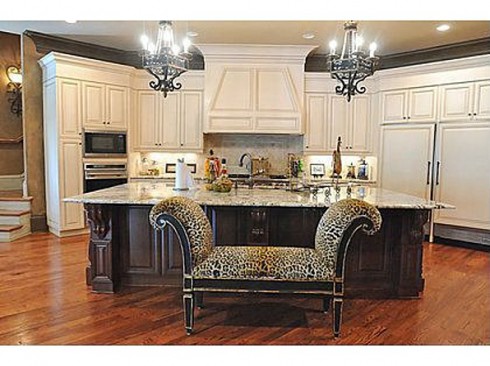 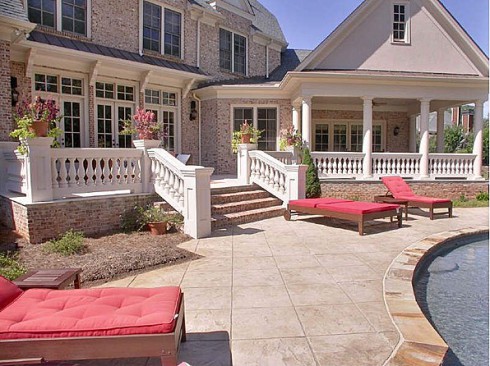 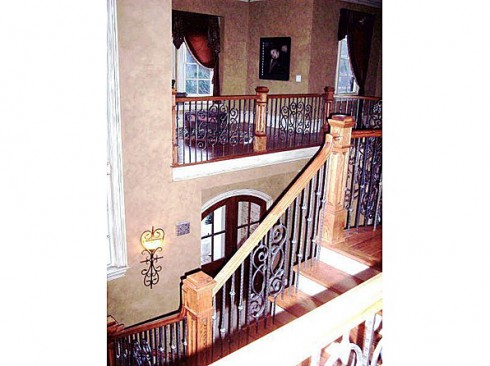 Kim Zolciak spoofs herself in a funny infomercial video