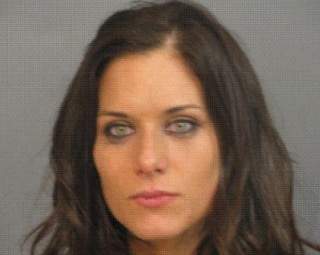 Apparently the two have a past together.  In a 2009 video of Chris Zorich from WNDU’s archive Zorich discusses the College Football Hall of Fame moving to Atlanta from the land of the Golden Domers.  (Logan is the reporter that narrates the news piece.)

According to police reports Zorich, the Fighting Irish alum who was in the fight, was the one that contacted the cops.  When the officers arrived and discussed the situation with both Logan and Zorich the police agreed to give Logan a ride back to her house.  While in the backseat she got real irritated and started calling for a higher up that she knew because she felt she wasn’t being handled properly.  Touchdown Jesus help us!

Here are a couple of photos of the former news anchor: 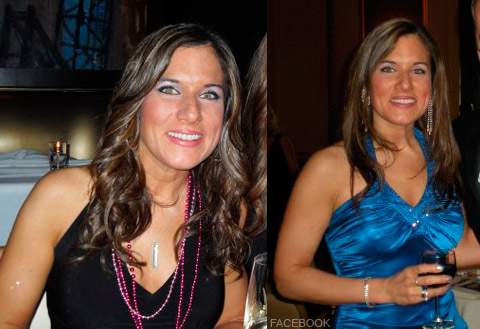 Then according to a report filed by Jennifer Wilson, an officer who was at the scene, Logan was asked to step out of the cruiser and informed that she was going to be arrested for disorderly conduct.  The officer had to forcibly lift Logan out of the car.  In the process Logan lifted her 3 inch high heels aggressively and also “put her hands up and tried to swat” at Wilson

She was then taken to jail where she registered a .11 blood alcohol level.  She has since been released.  Len Zappia, Logan’s attorney, stated:

“She ( Logan ) unequivocally denies any wrong doing.  This is civil in nature, not criminal  I am confident after a thorough investigation by the prosecutor’s office, they will agree that no charges should be filed.”

WNDU initially published a story on the incident and later deleted it, along with all the readers’ comments. CLICK HERE to see a screen capture of that original post and the first page of comments.

UPDATE – I have tried repeatedly to find out more about this case, but it appears there is a local media lockdown and for some reason Erin Logan’s people aren’t talking either. If you know anything about Ms. Logan’s employment or legal status please comment below. If you are upset about the firing and are frustrated that WNDU and other local news organizations are deleting any negative comments about the incident you can visit the “Erin Logan was unjustly fired from WNDU channel 16” page on Facebook.

UPDATE: Erin’s story has inspired a song! CLICK HERE to listen to “The Ballad of Erin Logan” by South Bend freestyle punk band 2-Liter Bomb. Includes an interview with the band’s frontman and complete lyrics.

Here’s a video clip of Erin at work alongside Terry McFadden: