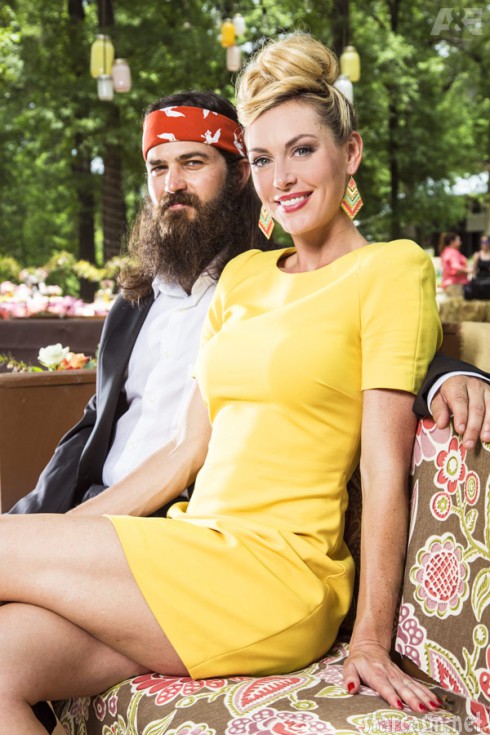 Duck Dynasty returns for it fourth season on Wednesday, August 14, and in the premiere fans will be treated to a vow renewal ceremony between family patriarch Phil Robertson and matriarch Miss Kay in honor of their 49th anniversary after the two were married soon after becoming high school sweethearts. Falling in love young and making it last seems to be yet another of the admirable traits of the Robertson family, as Phil and Kay’s sons (and daughters-in-law) appear to be headed down the same road, including their youngest son Jeptha “Jep” Robertson and his wife, Jessica Robertson. 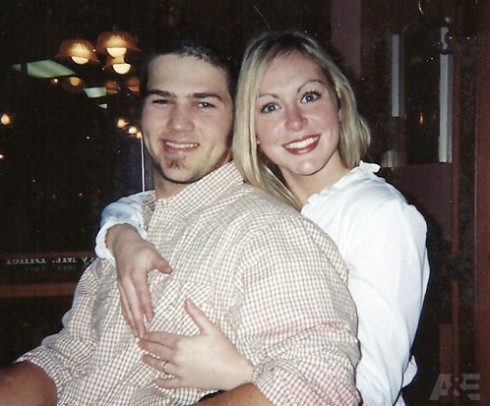 Jessica was only 20 years old when she said “I do” to Jep on October 7, 2001, just four months after they began dating. (The photo above is from their first Christmas together, only a couple months after tying the knot!) The couple have been married now for close to twelve years, and have four beautiful children together: Lily, 10; Merritt, 8; Priscilla, 6; and River, 4.

Here’s a beautiful photo of the entire family taken in a field of sunflowers: 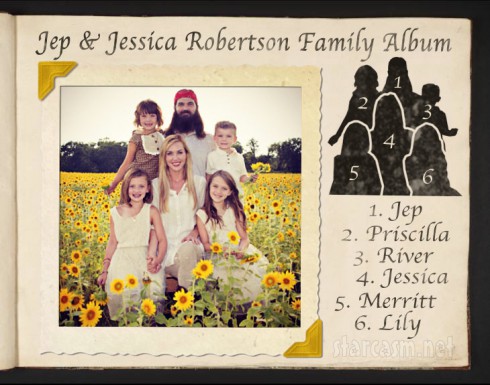 Jessica recently opened up about how she first met Jep with A&E. “Jep and I saw each other for the first time around February 2001 at our mutual hair stylist,” she says. (And this was well “before the beard” for Jep — as evidenced from the photo below of him and Jessica while they were dating. Which, of course, means he was at the stylist getting just the hair on his head taken care of.) 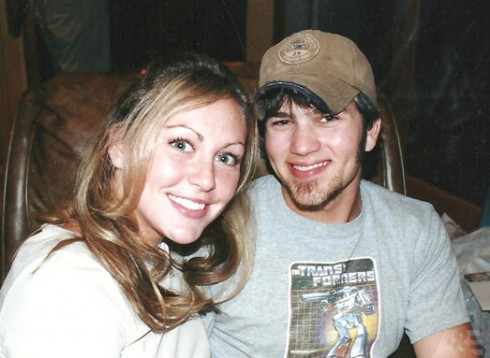 Nothing came of their hair stylist encounter, but Jep and Jessica would bump into each other again at a concert about a week later. “That was the first time we actually said more than a word to each other,” Jessica recalls. “I started hanging out with him and all his friends that March, but we didn’t admit to liking each other until the end of May.” As I mentioned before the two began officially dating in June and by October were married!

Here’s a Jep and Jessica Robertson wedding photo in which the happy couple can be seen sealing the deal with a kiss: 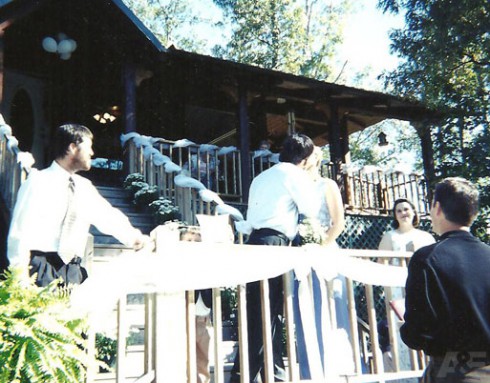 So what’s Jessica Robertson’s secret to making a marriage last? She offered up her relationship-strengthening tips:

Be Loyal to Your Spouse

Be committed to each other, even when it seems like the rest of the world views commitment and loyalty as a thing of the past.

When I struggle with forgiveness, I think of how God forgave me by not holding the past against me. Then I can’t help but forgive. Never be too stubborn to say, “I’m sorry.” 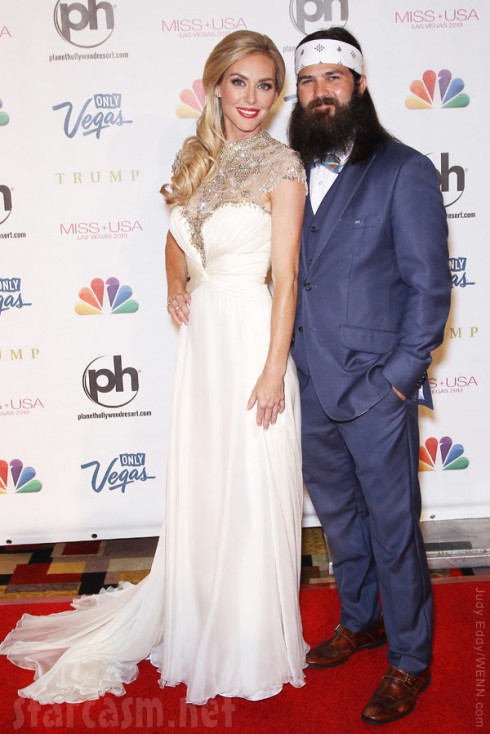 ^ Jep Robertson and a stunning Jessica Robertson on the red carpet at the 2013 Miss USA Pageant, at which Jessica was a judge. (Click here for more photos of Jessica at the event as well as pictures of her from her high school homecoming court!)

Showing respect can make or break your spouse’s confidence. A look, a smirk, a rude comment, even the tone of your voice can speak volumes. Build up your spouse; don’t bring him or her down.

We sometimes forget to nurture the relationships with our spouse the way we do with our children. We get so busy being a mom or dad that we lose sight of this very important need. Go above and beyond to spend as much quality time together as possible. Jep and I try to go on a date a week and it has really helped keep our relationship strong.

And here’s a parting shot of Jep and Jessica Robertson on the day of Phil Robertson and Miss Kay’s vow renewal ceremony. (Click here to see tons more photos from the ceremony!) 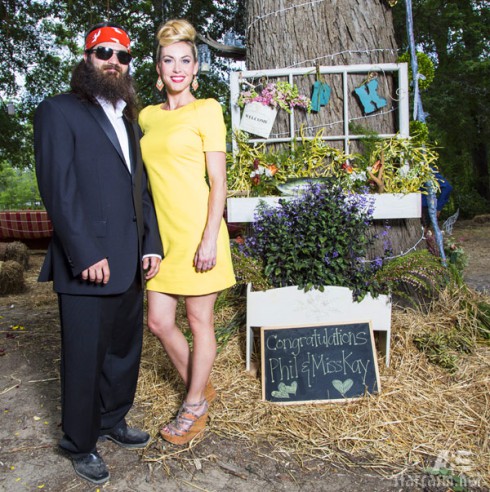 Duck Dynasty creators under investigation for fraud, put on leave of absence