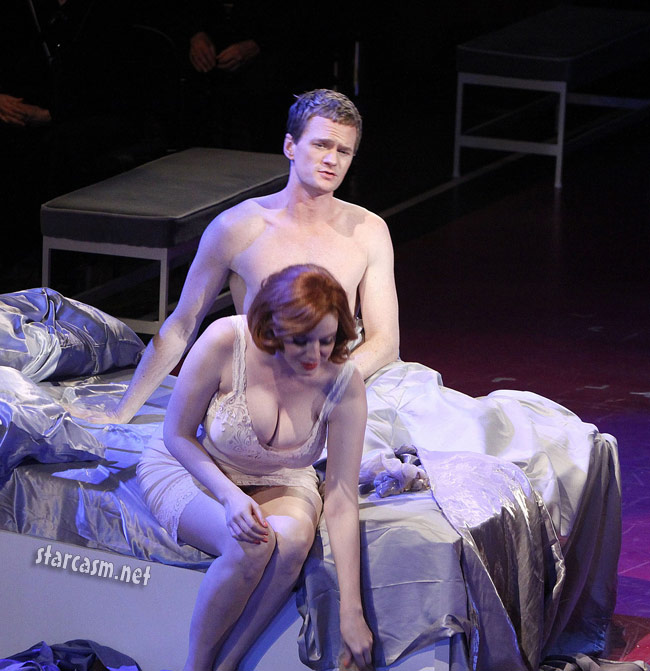 It was beyond my realm of imagination to conceive the possibility that Mad Men star Christina Hendricks could up the sexy meter anymore than she already has.  I also didn’t believe a photo could make me painfully regret not catching a musical that also starred Neil Patrick Harris.  Much like Christina’s bust line, however, my horizons have been broadened!

The above photo was taken during the closing night of the New York Philharmonic production of Stephen Sondheim’s popular musical Company at Avery Fisher Hall at Lincoln Center on Saturday night.  The show was only featured for a brief four-night-run and now all we have left to remember it by is that amazing image of Hendricks, who played April, a ditsy and naive airline stewardess, that sleeps with the main character, self-confirmed bachelor Robert, portrayed by Harris. 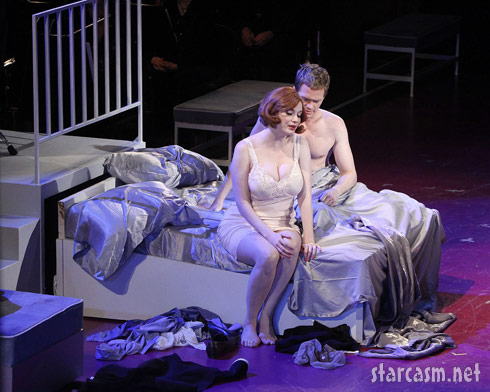 Usually the photographers name is just a byline for our posts but I would like to give a special shout out to Joseph Marzullo.  He had to be aware of the scene and was positioned perfectly to capture the incredible image seen above. That is a man who knows his trade.

Just to show I’m not completely bewbs obsessed here are two additional images from the performance. 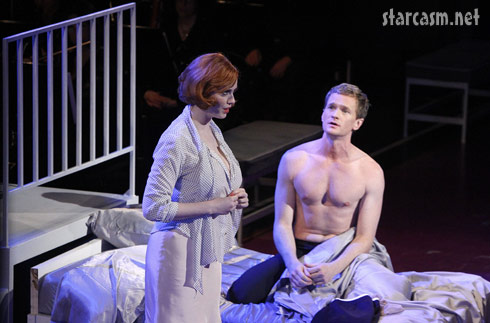 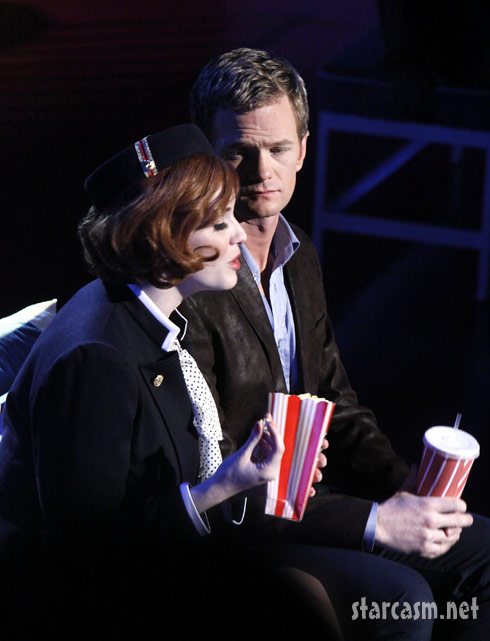 Thanks Christina, that was some seriously good “company!”  As for the unnecessary Neil Patrick man-chest, what can I do right?