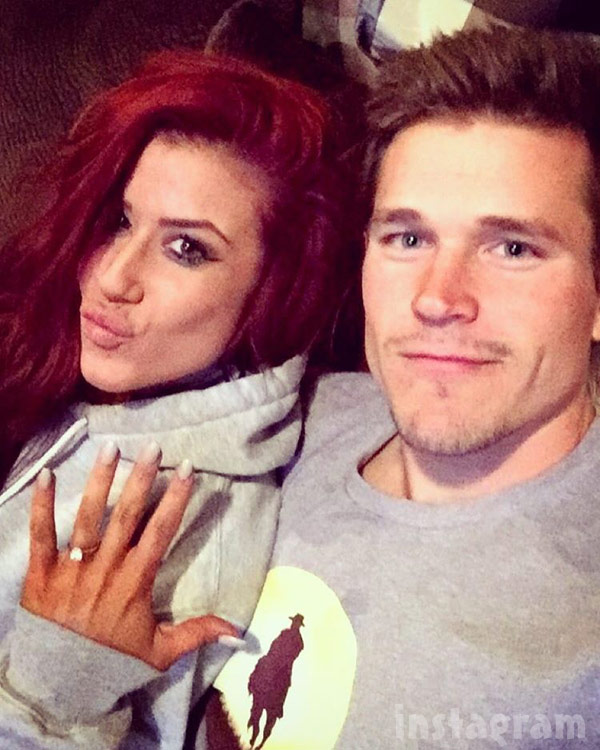 Congratulations to Teen Mom 2 stars Chelsea Houska and Cole DeBoer as they announced Wednesday they are engaged to be married with a series of photos showing off Chelsea’s engagement ring!

The first announcement photo came via Chelsea on Instagram and can be seen above. “He’s stuck now!” Chelsea joked in the caption, adding the emoji

and tagging Cole. A couple of minutes later she shared this next photo of just her finger bling: 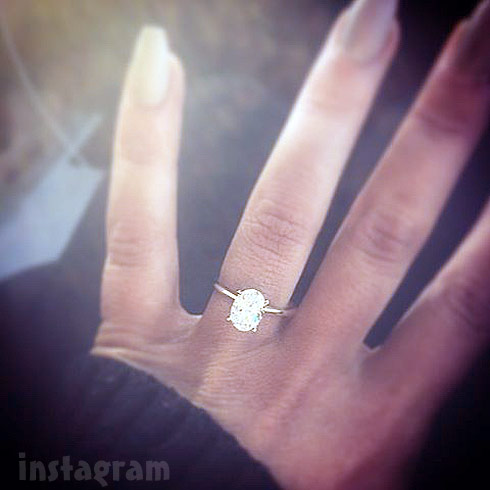 “I honestly cannot believe how lucky I am,” Chelsea wrote. “Finally found my Prince Charming and I get to be with him for the rest of my life!”

Soon after Chelsea posted those two photos, Cole got in on the fun with his own photo, which included Chelsea wearing her new engagement ring — and Cole not wearing a shirt! 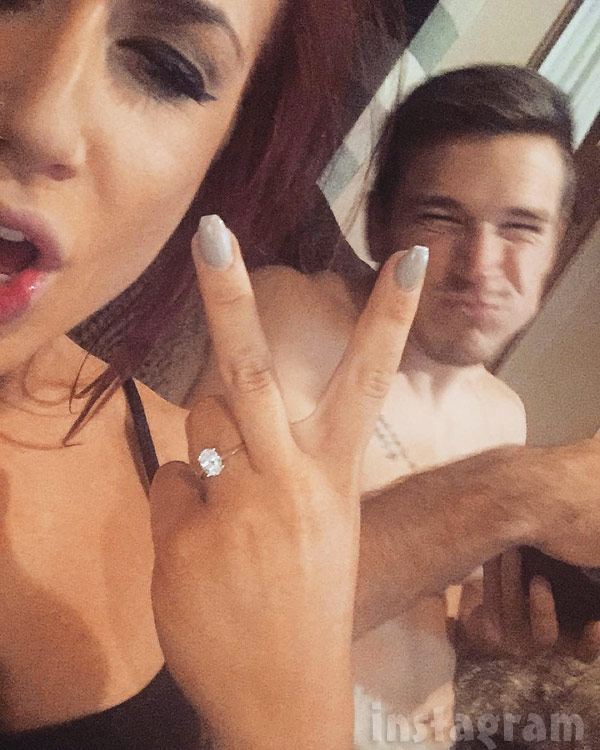 “Glad to be stuck with this fine piece of acccce!!” Cole captioned the picture.

This is such wonderful news, and we really couldn’t be happier for Chelsea and Cole! We’ve been watching and writing about Chelsea for a loooooooooong time (our first post was a profile of her before her 16 and Pregnant episode aired in March of 2010!) and we are so proud of all the positive things she has accomplished, in large part due to the great support system she has with her family. We CANNOT wait to see the proposal and the wedding on Teen Mom 2!