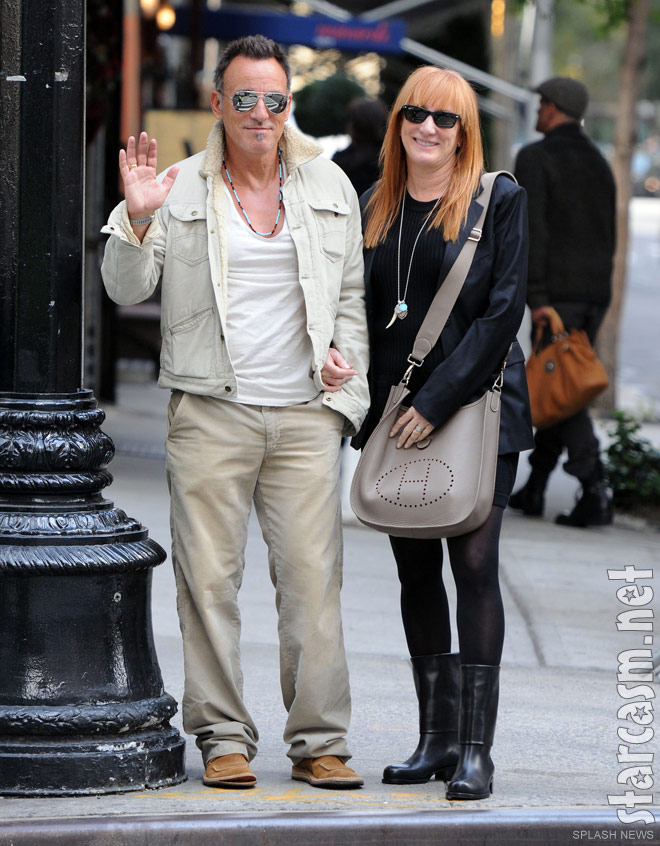 As Bravo’s Real Housewives of New Jersey take one step forward, two steps back down in the Dominican Republic, the Real First Lady of New Jersey Patti Scialfa enjoyed a beautiful day in New York City with her hubby Bruce Springsteen. (Click photos to enlarge)

The couple seemed to be in good spirits as the Bossarazzi caught them crossing a street (legally I might add!) looking Borntoruntrulescent as usual, Bruce wearing a pair of mirrored sunglasses and Patti with some Roy Orbisonian eyewear. 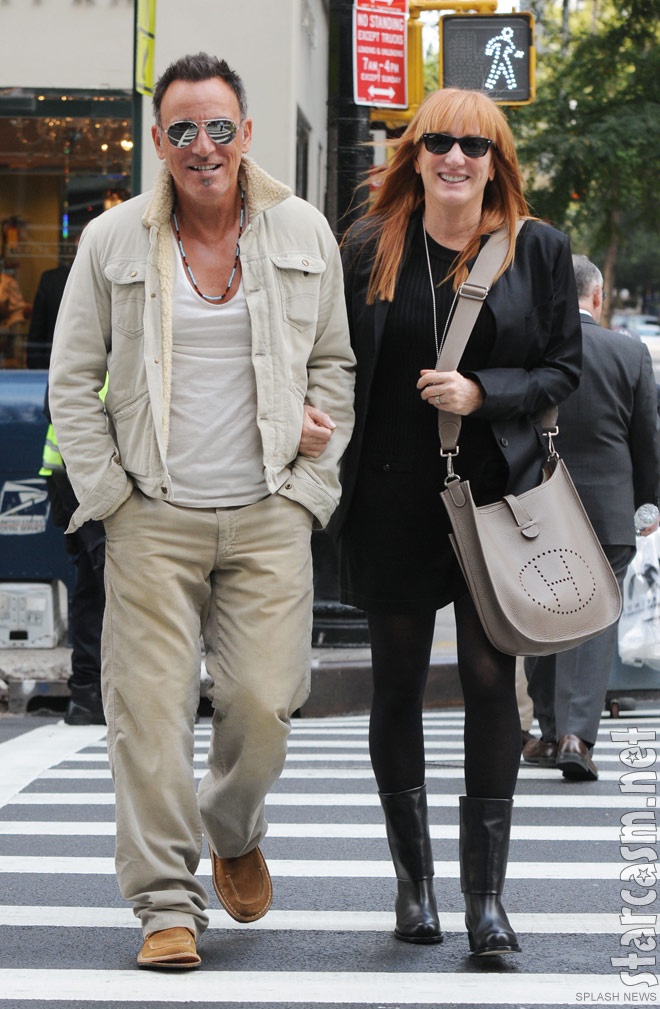 Is it possible Bruce’s contented smile is the look of someone who has just finished an album? That would jibe with numerous reports that he has been in the studio and plans to announce a new project soon. Ah what the heck, let’s just go ahead and take that leap of faith and say these pictures are irrefutable proof Brice has just finished a new album!

(I had to come up with something for those of you who do not consider photos of Bruce and Patti (Bratti?) walking on the street to be newsworthy, even though Bruce himself thought enough of the activity to write a song about how significant it is!) Take it away Boss man…

It was the middle of the day on a Monday, but still 🙂

(I know this isn’t as good as a topless Bruce Springsteen in St. Barts, but the paparazzi’a version of The Jersey Devil doesn’t give photographed much so we gotta take whatever we can get!)